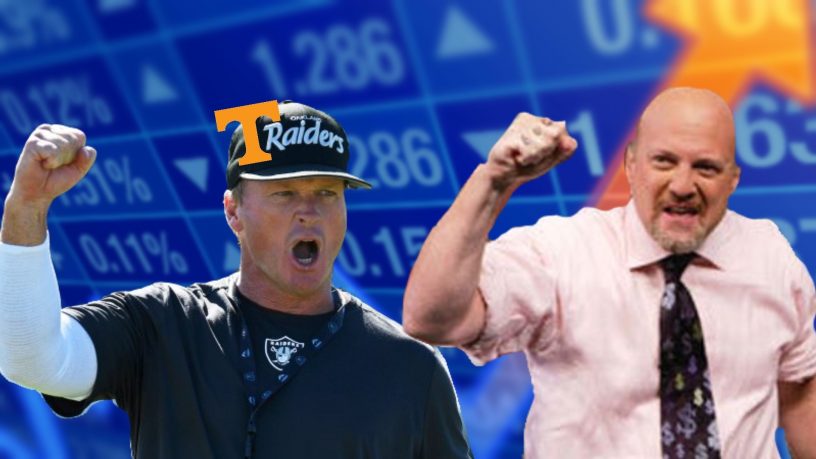 If it seems that you too often buy high and sell low, there is a good chance you suffer from Jon Gruden Syndrome. The condition was initially discovered in the Tennessee football fan base, and has subsequently been identified in other populations, including teenagers, voters and 401(k) investors.

Every time the University of Tennessee seeks a new head football coach, legions of Tennessee fans and big-time financial supporters become infatuated with the idea of hiring (now) Oakland Raiders head coach Jon Gruden. It isn’t his 51% winning percentage that excites fans. People are swayed by the articulate and charming presentation of (very basic) football concepts his persona offered on ESPN’s “Gruden’s QB Camp” television show. On air, Gruden came across as knowledgeable (which is especially easy to do if your audience knows little about your topic), engaging and smart as hell.  Those characteristics make for a great television character, but they reveal nothing about whether Gruden is a good football coach.

People think Jon Gruden is a great football coach simply because of the way he communicates. Impressive football terms like “cover-2 man” and “zero blitz” just roll beautifully off his tongue, like a James Taylor song with a few curse words. Besides; he was on ESPN. That alone must mean he’s smart.

Wrong. All of that only means that Gruden is a good TV guy. He may or may not be a good coach, but nothing from that TV show provides any insight into his coaching ability.

Remember Gruden the next time CNBC’s Jim Cramer convinces you to buy or sell some stock. Cramer is a very entertaining TV character. Sometimes his advice is good; other times it is horrible. But the likelihood of his advice being valuable is completely unrelated to the manner he presents it. Bloomberg Television, CNBC, Fox Business News … each of them are packed with guests and hosts who are impressive in the way they make their arguments. But even though those people are heralded as experts, the quality of their ideas is fully-independent of the quality of the way they communicate. The goal of the networks is to fill their hours with people who maximize attention, not portfolio returns.

We make the mistake of confusing eloquence and competence in many areas of our lives. In politics, the spectacle is often more important than the action behind a candidate’s words. Our two most recent presidents were woefully unqualified when elected to the office, but voters chose them, in large part, based on their personalities and communications skills.

My advice: if you are drawn to the message of someone on television, read some transcripts of their remarks before assigning them too much credibility.