When the overall stock market increases 15% in a 6-month period (a 30%+ annualized return), it means 1 of 3 things is happening. Investors are accelerating future gains into the current period, they are correcting for prior periods when stock returns trailed increases in corporate earnings, or a combination of the two. This year’s exceptional returns-to-date fall into the third category.  That is, investors are broadly building almost perfect expectations into the pricing of the large S&P 500 stocks, while correcting some previous price/value disequilibrium in some specific sectors.  We won’t complain too loudly about it, as our stock portfolio has benefitted from some of each this year, returning more than 20% in the first 6 months of 2021. 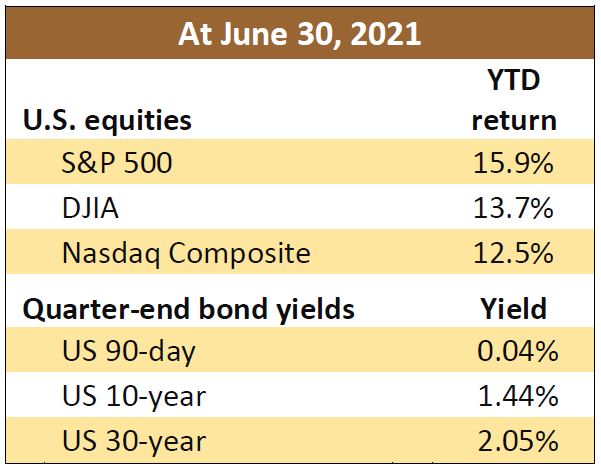 At a recent family funeral, we were visiting for the first time with a distant niece and her boyfriend. Despite his quasi-mohawk, strange piercings and dinner plate sized thing embedded in his earlobe, the boyfriend was a reasonably tolerable fellow – at least he was until he learned he had just met the Tennessee uncle in the investment business.  He immediately began to explain how the online brokerage firm Robinhood was about to enable a massive wealth shift from people like us to people like him. He went into detail explaining that traditional metrics such as earnings were irrelevant – although he didn’t actually use the word “metrics” or “earnings.”  His confidence suggested he knew quite a bit about whatever it is he does on his Robinhood app, although he couldn’t explain the business of his most recent investment, 2 shares of a company called Clover Health. This budding Warren Buffett warned that he was almost ready to quit his Chili’s gig and go into full-time competition with us.

As one of our favorite Knoxville News-Sentinel columnists noted in a recent piece, this lack of self-awareness is a phenomenon that can be witnessed regularly in the surging confidence of new retail investors. Since the stock market rebound of last year, the number of market pundits willing to provide stock tips has grown exponentially. The fact that most of these individuals have virtually zero investing experience is a matter of little import and not to be viewed as a deterrent to offering advice. What one notices after hearing many “tips” is that the confidence is often highest in those that seem to know the very least.  Their confidence isn’t feigned; many people simply don’t recognize their own lack of ability.[1]

While we are certainly in favor of the expansion of responsible investing and the idea of spreading equity ownership to a wider audience, we suspect that many of owners of the more than 10 million new brokerage accounts that have been opened this year view the process of buying stocks as something we wouldn’t describe as investing.  In the Robinhood app (a platform that appears almost perfectly tailored to millennials and amateur traders), confetti falls to celebrate a transaction.  This strikes us as sending the wrong message.  Our views on this rapidly growing brokerage firm are roughly in line with those of Charlie Munger, who describes Robinhood as “a gambling parlor masquerading as a respectable business.” 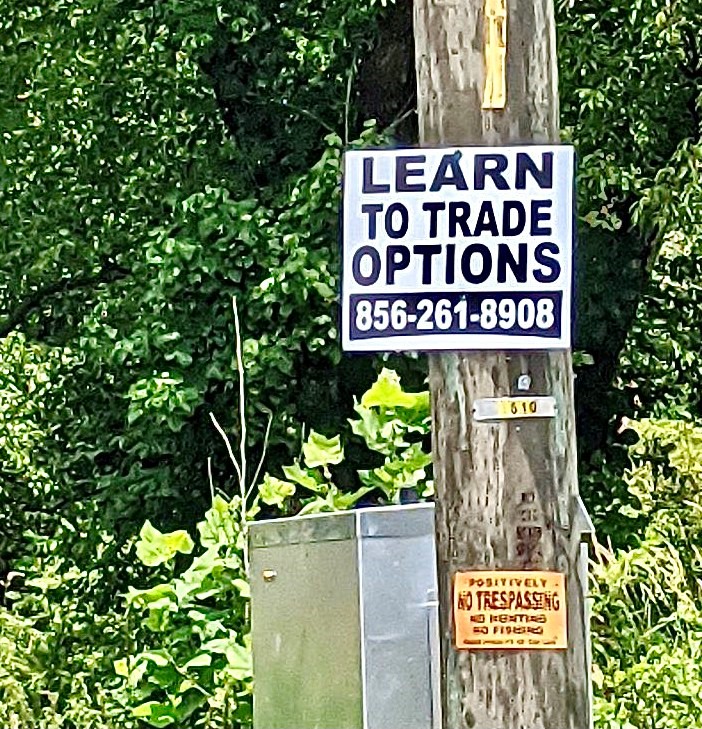 This is the third time we’ve lived through a period of watching otherwise seemingly rational people (and plenty of obviously irrational ones) confuse luck with competence. Neither of the previous instances ended well, but the ultimate correcting investment pain was either short-lived (stocks actually increased in the year of the Crash of 1987) or mostly avoidable (the bursting of the large cap growth bubble of 2000.)We’ve said it several times, but it bears repeating.  We are in the measuring business – not the feeling business – but there are plenty of anecdotal observations that feel like the late 1990s. Much like today, Wall Street earnings forecasts were rising robustly in 1998-99.  Also echoing the present, stock prices were rising even faster than the overly optimistic earnings forecasts.  We recall physicians in 1999 glued to CNBC whenever possible, including at least two doctors we know who left medicine to be full-time day-traders. Unlike my niece’s boyfriend, at least those two doctors had fallback plans when logic and reason were restored.

Logic and reason are always restored.

However, the timing of such restoration is impossible to know, which is why we repeatedly warn against making predictions about asset price inflection points.  It doesn’t matter if an investor can correctly guess or prophesy when stock prices are irrationally exuberant if he is wrong about the timing of the inevitable correction. Just ask former Federal Reserve Board Chairman Alan Greenspan. 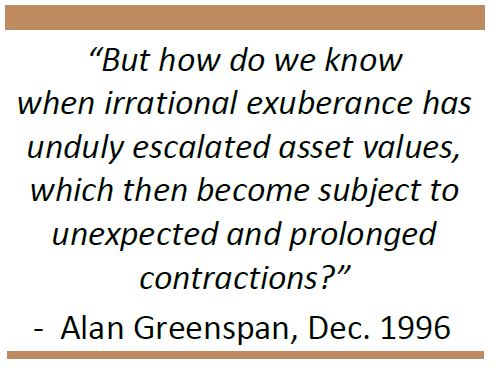 One morning in November 1996, Greenspan was at home enjoying a morning bath, ruminating about a speech he was set to deliver to the American Enterprise Institute the following week. While soaking in the tub, Greenspan had a eureka moment, suddenly thinking of the perfect phrase to describe his concern about the divergence of U.S. economic fundamentals and asset prices: irrational exuberance. Greenspan’s warning was famously correct – a price bubble had developed in the NASDAQ and among the 50 or so largest companies in the S&P 500. Seldom remembered, however, is that it would be three years following Greenspan’s “irrational exuberance” speech before the stock market correction would begin. Between Greenspan’s warning and the commencement of the 2000-02 bear market, the S&P 500 would increase another 140%, while the tech-heavy NASDAQ increased 225%.

Almost 25 years later, everyone remembers that Greenspan “predicted” the bursting of the Internet bubble, but they often conveniently forget that for three years the most powerful man in world finance looked like Chicken Little. 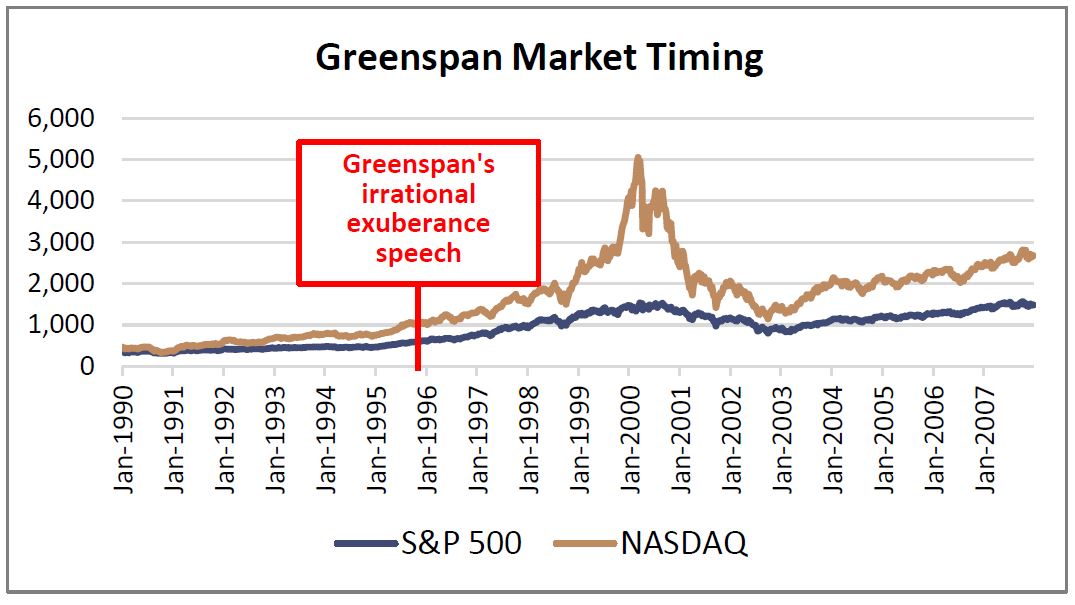 Today’s stock market is a little bit like Neyland Stadium in the good old days, when it was full for every game and fans weren’t patted down and temperature checked before entering.  The stadium filled slowly – almost leisurely – over hours.  But if the game was exciting and everyone waited until the end to leave, getting out of the stadium resembled something closer to bedlam than leisure.

A fan can’t expect to be in his seat for the final play of the game and be the first in line to leave the stadium. However, we talk to a number of people who are buying some of today’s most irrational priced, high-flying stocks, yet this is their precise exit strategy. They are convinced that an alarm or some other signal will let them know the exact time to head for the exit gate.

Paradoxically, some of those high-flying stocks represent ownership in some of the worst business models. Almost 25% of the companies in the Russell 3000 Index do not even generate enough earnings to cover this year’s interest payments on their debt. Yet the stock prices of these 726 so-called “zombie firms” (as in the walking dead) have gained an average of 30% in 2021, more than double the return of the entire index. We offer a reminder: sometimes a stock is going up because the stock is going up.  It means nothing else. 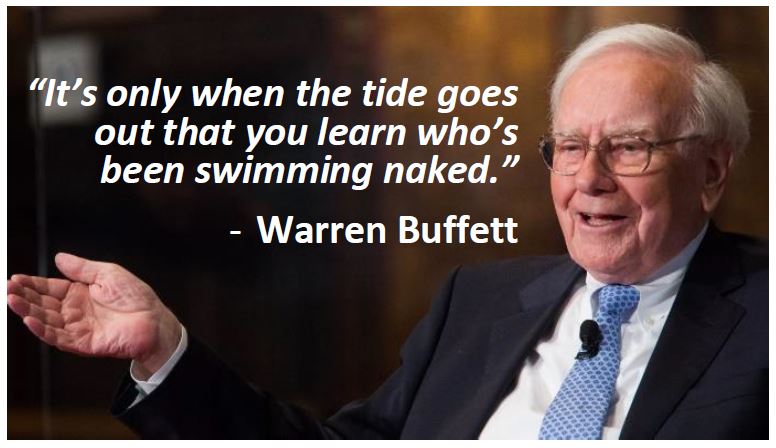 Even investment bankers find themselves in on the mania of the game.  Earlier this year, Jefferies increased its price target for GameStop from $15/share to … $175/share.   Their new downside target of $50 was more than three times their old price target.  The bond market is providing a wide selection of overpriced securities, as well.  Even high yield (junk) bonds now offer negative real returns. Institutions are being forced into what Warren Buffett refers to as “return-free risk.”

With signs of irrational exuberance (or post-Covid irrational relief) evident almost everywhere, it is more critical than ever to know precisely what kind of game you are playing.  Rather than fixating on what is going up, we continue to be purely focused on buying pieces of great businesses at discounts to the value of the future stream of cash flows those businesses will deliver to their owners. If we buy these businesses well and maintain pricing discipline, we can be confident that our portfolio will grow in value over time, irrespective of the market environment.[2]  Owning sets of companies with no earnings, simply because they have been trading well, is a recipe for disaster during times of heightened volatility, as it is difficult to tell whether price movements present opportunities or risks.  However, owning a set of durable, predictive businesses trading at discounts provides opportunity when there is volatility.  And, importantly, we don’t ever need to leave the game.

By taking a businesslike approach to investing, we can sidestep the constant need to be concerned about macro events or overall market valuations.  Instead, we have the luxury to focus on the long-term state of affairs at businesses in which we have high conviction: “Is the business getting better? Is its economic moat getting wider? Is it continuing to gain ground against competitors?”  This approach, in essence, is the same as that used by founders of successful businesses.  As someone recently reminded us, “the best investors in the world, are not investors at all. They are entrepreneurs who never sold.”

We recently purchased shares in SoftBank (SFTBY), a Japanese holding company that owns interests in several outstanding businesses, primarily in the technology, internet and communications sectors. Based on the market values of its holdings, SoftBank currently trades at 50% discount to its net asset value of $240 billion.

SoftBank’s largest holding is another of our recent purchases, Alibaba. The company’s original $20 million investment is now worth approximately $120 billion, accounting for half of SoftBank’s net asset value.  As Alibaba also trades at a substantial discount, this offered the opportunity for us to purchase SoftBank shares at a “double-discount.”

The underperformance of SoftBank shares can likely be attributed to two factors: (1) the market’s preference to own pure-play operating companies, rather than sum-of-the-parts stories; and (2) a high-profile failed investment (WeWork) by Vision Fund, a venture capital fund in which SoftBank is a partner. Despite the company’s loss on WeWork, a valuation using conservative assumptions on the company’s holdings (25% discount on Alibaba shares, 10% discount on all publicly-traded assets, and a 40% discount on the Vision Fund) implies a 34% discount on a net asset value basis.  With SoftBank trading at just half of mark-to-market net asset value, the shares are set up to deliver attractive risk-adjusted returns, especially given the attractive growth profile for Alibaba.

[1] For a detailed discussion of the social psychology behind this, read Daniel Kahneman’s exceptional new book Noise.  The punchline: people are terrible at objectively evaluating their own level of competence.