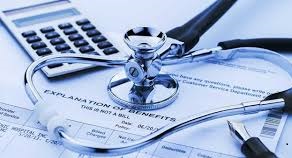 As the stewards of our republic debate the next form of federal medical insurance, proponents of a government-sponsored, public option need not wait on Washington. They can put their positions into action immediately, with publicly-funded healthcare at the local, not national level.

The city of Knoxville self-insures medical coverage for its employees, with premium split between employees (generally 75 percent) and taxpayers (25 percent.) Why not allow any city resident to pay the full premium and participate in the plan he already subsidizes?

Most group plans don’t accept non-employees as participants, but the City self-insures, only hiring Blue Cross to administer the plan. I’ve asked a number of state and local government lawyers and no one has yet found a legal prohibition on a home-rule municipality extending benefits to non-employees.

A problem of this local public option program would be that the people most likely to choose KnoxCare (has a nice ring to it, don’t you think?) would be those who both need insurance and have a difficult time getting it elsewhere. These people most likely to utilize medical services, driving up the plan’s expenses. However, these are the same people the Affordable Care Act sought to help. Insuring this population is expensive, but what difference does it make if coverage is provided at the local or national level?

The city of Knoxville operates with a balanced budget, so KnoxCare would be a pay-as-you-go system, very explicitly revealing its cost. The higher cost of the previously uninsurable individuals joining the plan would result in higher premiums for all participants, higher taxes for all residents or reduced municipal services. Unlike federal expenditures that are so far removed from taxpayers that it creates a sense that someone else is paying it, at the local level, it would be clear that there is no one else, forcing a prioritization of services and revenues.

The $20 trillion national debt does not include $40 trillion in unfunded Medicare liabilities. Adding another 25 million people into that system would ultimately require some combination of higher taxes, decreased government services or trillions in additional deficit spending.

The beauty of KnoxCare is that taxpayers—the people who currently fund all of the ACA insurance company subsidies and additional taxes—would have to do the same for a similar local program. Unlike the ACA or Trumpcare however, local taxpayers would explicitly know both the costs and benefits of a single-payer KnoxCare system. It wouldn’t be funded by some mostly incomprehensible labyrinth of acronyms in Washington.

If this requires a change in the city charter, change the charter. Let people see what is necessary to fund a public option government system – then decide if they want to put their money where their mouth is.