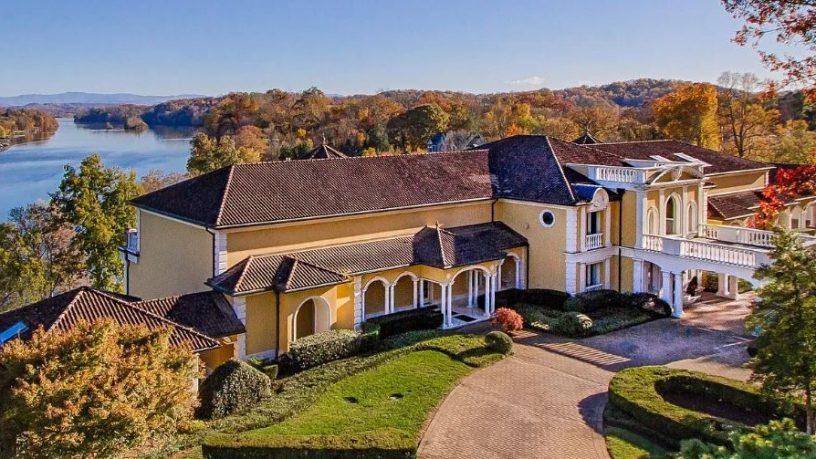 Other than when one former owner decorated for Halloween and another owner ran afoul of securities regulations, I haven’t thought much about Knoxville’s largest and most talked about house, Villa Collina. The house even has its own Facebook page.) My disinterest changed last year when an Afghan military contractor purchased the house from his former business partner, then immediately listed the home for sale at a price $750,000 less than his purchase price. Something didn’t add up.

How did an Afghan military contractor end up owning the largest residence in Tennessee? And why would he buy a house for $10.5 million, then immediately try to sell it for a $750,000 loss? I don’t know, but the story – involving lawsuits, lawyers, a hotly contested divorce and the U.S. war in Afghanistan – is intriguing.

Koshani filed suit against Barton in 2017 and, following a May 2019 jury trial in Knoxville, was awarded $33 million in damages. Over the next several months, Barton filed multiple appeals to the judgement, with Senior District Judge Thomas Phillips finally denying Barton’s request for a new trial in February 2020.

The Koshani matter wasn’t the only litigation on Barton’s plate about this time. In April 2020, two months following the court’s denial of his request for a new trial in the Koshani/Vanquish matter, Barton filed an appeal to his 2018 divorce agreement, arguing, among other things, that the divorce court had overvalued certain marital assets, including Barton’s interests in both of the Vanquish Worldwide entities.

While Barton was appealing his divorce settlement, Koshani created an entity called Resolution Systems, LLC, and then in October – only 8 months following the end of years of litigation with Eric Barton – Koshani’s used the new entity to purchase Villa Collina from his old partner for $10.5 million.

Twenty days later, Koshani listed the house for sale for $9.75 million, $750,000 less than his reported purchase price. KnoxNews reports that a sale of the property is pending. The details promise to be intriguing.