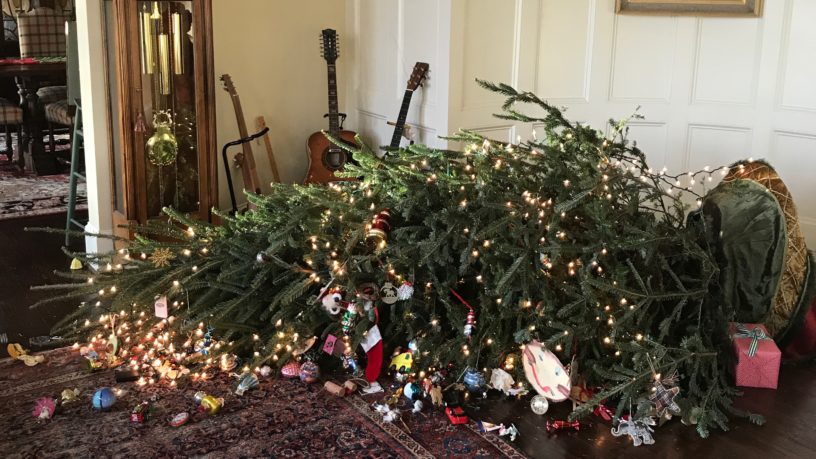 The only Christmas present I recall getting as a kid was a Mossberg model 500 12-gauge pump shotgun – memorable for its kick and because it was the only gift my father ever selected for me.

Knox County Mayor Glenn Jacobs looks back with fondness on the Midnight Mass his family attended each year – possibly for the spiritual experience, but definitely because he got to stay up late on Christmas Eve.

Retiring Knoxville Chamber CEO Mike Edwards understands the financial sacrifice his middle class parents made to buy the most coveted item among Mike and his friends: a Schwinn 3-speed English bicycle.

As an 11-year-old, former Tennessee Supreme Court Chief Justice and current LMU School of Law Dean Gary Wade was certain that Santa would build on his generous largess of a year ago, when he received a bicycle. Instead, Gary received socks, a shirt and a binder full of notebook paper. Gary’s mother consoled him, explaining that Christmas was for children and for giving – and he was no longer a child.

When she was an 8-year-old, Second Harvest Executive Director Elaine Streno’s mother again warned her three kids not to expect many gifts. Elaine was shocked Christmas morning to find presents galore under the tree – thanks to a late night visit from her family’s church.

Former UT quarterback and award-winning disc jockey Sterling Henton is the most genuinely positive person I know. Perhaps it comes from a mother who explained to a 7-year-old future Sterl the Pearl to be thankful for the two boxes of clothes he each received every Christmas. “A lot of people make poor decisions at Christmas, and then struggle to have what we have: rent, telephone, gas and electricity for the entire year.”

As a 7-year-old, Tennessee offensive lineman Trey Smith was skeptical about flying reindeer and a generous fat guy. He hid in the living room under a blanket, intent on catching the real benefactor. Trey eventually fell asleep, waking around 9:00 am to find that Santa had come and gone, leaving behind gifts and cookie crumbs as evidence.

Former U.S. Ambassador and Knoxville Mayor Victor Ashe didn’t need an overnight stakeout to find the magic. When Victor was seven, Santa actually walked into his family’s house on Melrose Avenue, albeit it a day or two early, complete with a bag full of toys slung over his shoulder.

Central High School senior, Rylee Griffis, had another take on Santa. Until she was 7-years-old, she was afraid of a stranger coming into her house, so she insisted that Santa leave gifts on her family’s front porch. When rain was forecast, she was brave enough to allow him in the garage.