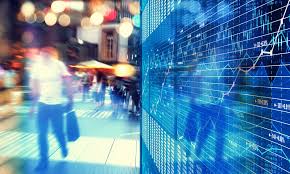 After surging almost 20% in 2017, the S&P 500 has now increased 26% since November 2016 – something almost no one expected. Not only were the stock price increases of the past year or so unexpected, they occurred during a period of remarkably little volatility. For the first time in history, the S&P 500 increased every month during a calendar year. Over the course of 2017 the index never closed below its 2016 year-end mark. The Dow Jones Industrial Average also set 70 new highs, a record in the 121-year history of the index. The largest peak-to-trough decline during the year was only 2.8%, the mildest since 2.5% in 1995.

If anyone has ever told you that the risk of an investment has something to do with beta, standard deviation or some other mysterious-sounding Greek term, that person is defining risk as price volatility. Based solely on that definition and the lack of recent price volatility, this would be the least risky investment environment in decades.

Those who define risk as volatility (inspired by Al Gore, I call them “risk deniers) are wrong. Since 2007 the price level of the S&P 500 has increased 86%, despite an earnings increase of only 37%. When the asking price of an asset increases more rapidly than its earnings (or value), the risk losing money by purchasing that asset increases.

A price-to-earnings ratio (P/E) is a bit like “cost per square foot” for a house. Some houses are of higher quality or location than others, deserving a higher per square foot price. But when looking at a single house, with all else being equal, that house is less of a bargain when priced at $250/square foot rather than $200.

The P/E of the S&P 500 is currently 25, which is among the highest ten percent of historical P/E ratios. That is, historically speaking, 90% of the time the overall U.S. stock market has been a better bargain than now.

It is impossible to know the odds of losing money over the next year or so owning a broad basket of stocks such as the S&P 500. Maybe the index will decline; maybe it won’t. However, whatever the odds of a market decline were a year ago, they are greater today.

I am absolutely not suggesting that you go sell the stock funds in your 401(k). If you need proof that you can’t predict what the stock market is going to do in a particular year, look at 2017. Very few people would have predicted a 20% gain for the S&P 500. But do not buy into the false notion that the market is less risky today simply because the prices in the past 12 months were less volatile than in almost any previous year.