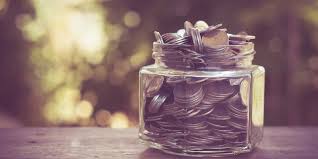 Warren Buffett, arguably the most talented investor of the past 50 years, owns investments that generally fall into one of three categories: wholly-owned operating businesses (such as GEICO, Dairy Queen and Clayton Homes); investments in public-traded securities (including American Express, Coca-Cola and John Deere); and direct, minority investments in various businesses. His company, Berkshire Hathaway, also holds $82 billion in cash, more than the U.S. federal government.

Buffett and Berkshire Vice Chairman Charlie Munger made all of the company’s investment decisions until 2010, when Buffett hired hedge fund manager Todd Combs to manage a small portion of the company’s public securities portfolio. A year later, Buffett added Ted Weschler to the team. The duo currently manages $20 billion of Berkshire capital.

Picking stocks for Warren Buffett is the business equivalent of being the lead guitarist in Eric Clapton’s band.

In anticipation of the May 6 Berkshire Hathaway annual shareholders’ meeting, Todd and Ted gave a rare interview, sharing some of the habits and practices that led them into, arguably, the world’s most prestigious investment positions.

They are both voracious readers, as they spend most of their 12 hours in the office each day reading. Buffett described Combs and Weschler as the only two guys who read as much as he and Munger do. If you want to be a great investor, read. Often and much. And don’t just read investment publications. Great investors are well-rounded and knowledgeable about more than just P/E ratios.

Todd and Ted’s regular reading consists of predictable items like annual reports, along with some surprising things that Weschler describes as random. His daily newspaper reads include The New York Times, Wall Street Journal, USA Today, The Financial Times (London) and The Handelsblatt (Dusseldorf, Germany.) His preparation for the Berkshire Hathaway position included reading every public document Buffett had written since 1965.

Combs reads about 1,000 annual and quarterly company reports each year and “a lot” of transcripts of company conference calls. (Anyone can listen to these calls, usually via a link at the investors’ section of a company’s website.)

They have lunch with their boss each Monday, a time for them to hear about Buffett’s career and the culture at Berkshire.

Todd and Ted have apparently learned to separate relevant information from the random noise of the markets. Neither mentioned watching either a stock ticker or Jim Cramer. Unlike most investors, they focus more on process than outcome. Putting the right influences into their minds improves the quality of their decisions, resulting in better investment returns.

It’s a formula that works in any life endeavor, not just investing. What we read and who we choose to associate with are the most influential factors in who we become and what we achieve.