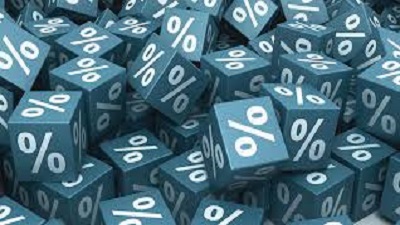 When the Federal Reserve increased its target for the Fed Funds rate on December 14, banks quickly followed suit and increased their prime lending rate a similar 0.25 percentage points. It was the same one-two punch that happened when the Fed previously increased rates a year earlier, in December 2015.

Savers and investors expecting a similar increase in CD rates are going to be in for a wait—and probably a long one. Banks are usually much quicker to increase lending rates than they are deposit rates, but this cycle promises to be worse than average.

Bank of America’s average rates haven’t increased at all.

And in a move that defies explanation, many online banks have actually reduced the rates they are paying depositors. Ally Bank, arguably the best online bank, currently offers 0.60 percent for a six-month CD, lower than its 0.67 percent rate a year ago.

This should be no surprise. Banks and shareholders benefit from the increasing spread, not customers. Since Treasury and other bond rates began increasing in July, the average price of the companies in the S&P 500 Bank Industry Group increased 42 percent; Bank of America is up an astonishing 72 percent.

The difference between the rates bank charge on loans versus what they pay on deposits (net interest margin) for large U.S. banks has declined from 3.85 percent to 2.87 percent, an almost full percentage point decline. That may not sound like much, but a full reversal would add $17 billion to the annual net interest income of JP Morgan, or almost $5 per share.

Net interest margins for banks have been in constant decline since 2010, as have their returns on overall assets. Until lending increases, banks have little competitive incentive to increase CD and savings account rates; higher rates represent an opportunity for them to boost net interest margin. As a result of $3 trillion in quantitative easing (most of which still sits on bank balance sheets), the banking system is overcapitalized, effectively eliminating the need for banks to price compete for deposits.

There is nothing inherently nefarious about banks trying to increase their profits and margins; shareholders expect it. But competitive forces usually serve to prevent rapid margin increases, especially in mature industries. The excess liquidity created by the Fed creating $3 trillion worth of excess liquidity, however, removes the natural competitive pricing pressures.