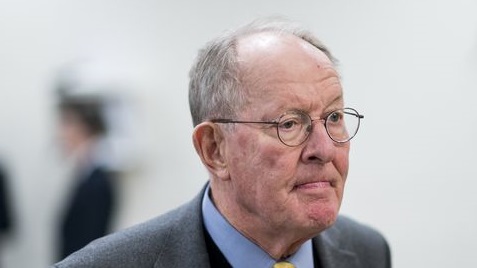 If you’ve ever built or renovated a house, you likely learned that the three most expensive words in any construction project are “might as well.” It’s the reason most building projects run over budget. And Tennessee Senator Lamar Alexander just demonstrated it’s one reason the federal government will almost always operate at an annual deficit.

Assume you are finally replacing those 1970s-era kitchen countertops your wife has never liked. “While the kitchen is an unusable construction zone, we might as well replace the cabinet hardware, too.” Or you are building a house from scratch. “While the framers are here, we might as well go ahead have them build that she-shed you want.”

A she-shed here, a drawer handle there … before long, even few tiny expenditures add up to real money.

Actually, all money is real money, regardless of the amount. It’s a point that is easy to overlook, however, especially when it’s OPM – that is, Other People’s Money.

Elected officeholders in Washington are specialists in spending OPM. It’s so tempting when a politician is contemplating something relatively small and unquestionably valuable – especially when he can use OPM to secure votes, either from constituents or colleagues.

Senator Alexander is chairman of the Senate Health, Education, Labor and Pensions Committee. For much of 2019, Lamar! has worked on a comprehensive remake of the Higher Education Act. It includes some logical and desirable provisions. He finally convinced his Senate colleagues by adding an amendment to provide $255 million of permanent annual funding to Historically Black Colleges and Universities (HBCU.)

It doesn’t matter how virtuous funding for HBCU is, no discretionary spending should ever be made permanent. But that’s the price Alexander paid to purchase approval for his pet project. But what difference does it really make? That $255 million is 0.006 percent of the federal budget. Congress approved $1 million to fund a luxury bus stop in Arlington, VA and $350,000 to study the effect of cocaine on Japanese quail sex. Compared to outdoor heated benches or $5.1 billion for a new presidential helicopter, supporting schools such as Bethune-Cookman and Alabama A&M is a no brainer. Might as well.

Alexander’s HBUC funding is most troublesome because the funding is permanent. If I’m running Alabama A&M, I don’t want my federal money subject to the whims of Washington politicians. But almost everything else in the budget is. How can Congress rationalize permanently funding any discretionary program? In this case, it was the price to garner committee support for Alexander’s bill.