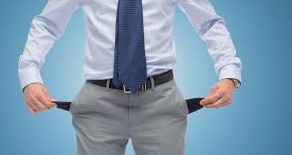 I recently met Landon, an intern in the New York office one of the country’s most successful investment firms. Landon is 21 years old, grew up in a middle class southern family and thinks his future is on Wall Street. Despite his lofty career ambition, he also thinks that his foreseeable future is one of poverty. He currently lives in the equivalent of a closet with four other would-be masters of the universe, consuming a small fortune of his parents’ money for the privilege of spending the summer working 18-hour days for minimum wage.

Landon is pretty good with numbers. Despite seeking a career that grossly overpays many of its workers, he expects that student loan payments, exorbitant housing costs and his monthly J. Crew habit will more than consume his hoped-for starting salary. He thinks he will spend his first ten years out of school trying to catch up, after which he will begin amassing his fortune.

GOBankingRates reports that 67% of 25-to-34 year-old Americans have less than $1,000 in savings. A third of that age group has zero in available liquidity. Getting older doesn’t help the statistics any. The median retirement nest egg of a household between the ages of 32 and 37 is a whopping $480.

There is no excuse for most people to save only $48 a year for retirement, regardless of their age. The easiest time to begin a habit-forming program of saving is when a person is just a step or two above poverty. If you’re already broke, what difference does it make if you’re $25 more broke each month? Landon believes that lots of business home runs in his 40s will make up for more than a decade of financial strikeouts in his 20s and 30s. Procrastination is not an effective retirement strategy.

It’s not just Landon who is in trouble. The median retirement savings for a family between ages 50 and 55 is $8,000, enough to live comfortably for several months. The undersaved 55-year-old has a difficult path to independence from Social Security. For Landon, the path is simple, but perhaps no less emotionally difficult. It requires change — and change is hard. He needs a change in his habits and his expectations. Very simply, he needs to begin saving now, even if as little as $25 a month. Disposing of that J. Crew habit would also be a good start.