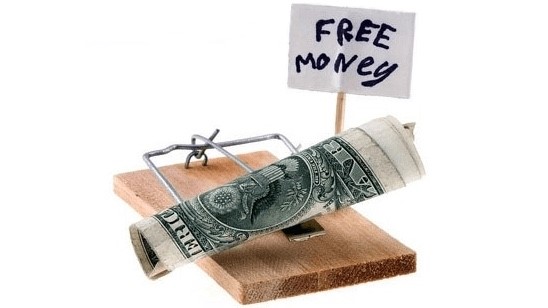 A client recently asked about an article that recommended that the percentage of a person’s investments that should be invested in stocks or stock mutual funds is the person’s age subtracted from the number 100. A 60-year-old should, according to this rule of thumb, have 40% of his assets invested in stocks. A 20-year-old would have 80% of her money in stocks.

Most people’s needs change throughout their lives, but everyone’s situation is unique. Subtracting your age from 100 is a silly investment strategy. The same can be said of many widely held investment myths. Here are a few.

Stocks are inherently riskier than bonds. Wrong. No matter how many times you’ve heard it, this isn’t true. We’ve been in an almost perpetual bull market for bonds for 35 years, so most people don’t realize it. Bond prices are based on interest rates – and rates don’t just move in one direction.

Cut your losses and let your profits run. For long-term investors, the opposite strategy is actually better, with a couple of qualifiers. If you own two investments with divergent returns, first determine why one increased while the other declined. If your premise for owning each of them is still valid, sell some of your winner and add to your loser. This forces you to buy low and sell high. If you regularly and thoughtlessly sell your losers and spread the proceeds among your winners, you will eventually own a single investment – purchased it at progressively higher prices.

Trust your gut. The world is full of investment salesmen trained to appeal to your gut – that is, your emotions. Most people who purchase investment products they later regret did so based on what they felt, not what they thought.

Just buy a few good companies and hold them forever. This is a little like saying that the best way to make money in real estate is to buy a great house. That strategy, however, ignores the price of the asset. Just as it is possible to overpay for even a fantastic house, the price you pay for a stock is a primary determinant of your ultimate investment outcome.