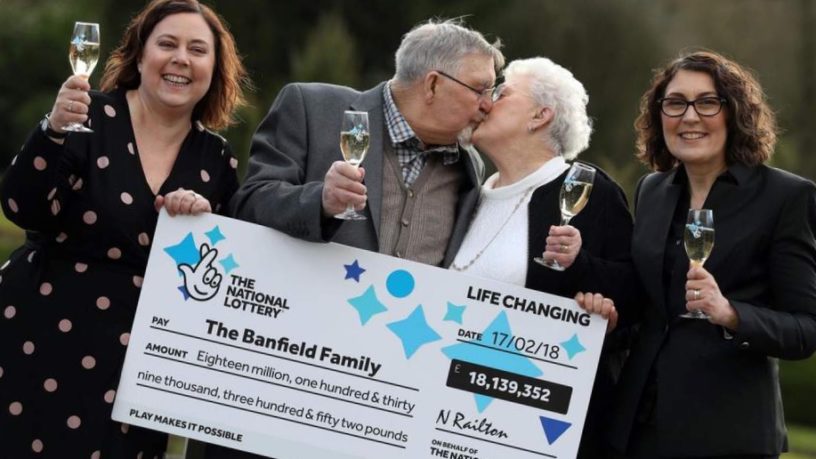 When a photo of an actor from the old Cosby Show (a show that is, disturbingly, still on the air) bagging groceries in a New Jersey supermarket began floating around the web recently, I was reminded of recent research suggesting that increases in happiness can be caused by increases in wealth.

For years, researchers have studied the relationship between financial and emotional well-being. Is happiness a mindset to be cultivated or a condition that money can suddenly impose? While a number of studies found a positive correlation between income/wealth and reported happiness, none had concluded if there was a causal relationship between the two. That is, are wealthier people generally happier, or do happy people generally earn and save more money? Or are the two merely correlated without any statistically significant causation?

Researchers from Stockholm and New York studied participants in Sweden’s National Lottery for almost 20 years. This project was effectively a randomized control study, akin to a drug trial. People were chosen at random to receive either the “drug” (lottery winnings) or a “placebo” (lottery losers). Lottery winners reported greater increases in life satisfaction, with larger winners reporting larger happiness increases. Researchers concluded that the financial windfall was the cause of the increase in happiness.

It is, for certain, a controversial conclusion.

Money may not buy happiness, but neither does poverty. I’ve been poor and I’ve been not poor. Not poor is better.

Because of my business, I have 30 years of observations about people and their money. I have learned a number of things, none of which are supported by an academic study.

Money doesn’t change people. It reveals them. When someone has a change in their financial fortunes, either positive or negative, you learn who that person is at his core. No one becomes a jerk because he comes into money. Money may give him the ability to be a louder or more well-traveled jerk, but it doesn’t make him a jerk.

Like most goals, accumulating money is doable, as long as someone is focused and determined. It is more fun, however, if the accumulation of money is the by-product of an activity one passionately enjoys. Massive wealth usually occurs at the intersection of a person’s passion, his aptitude and opportunity.

When someone claims he has money problems, seldom is money the problem. When people argue about money, they aren’t really arguing about money. What masquerades as a money problem is usually an issue of ego.