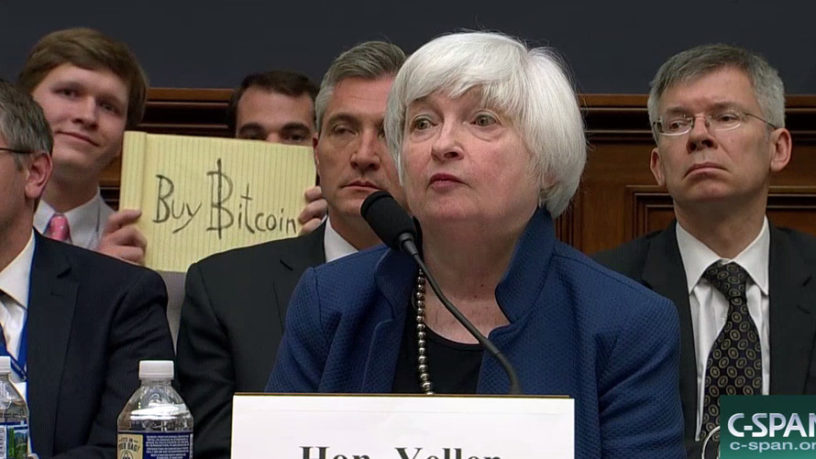 Before a company is taken public through an initial public offering (IPO), it goes through a lengthy disclosure and review process with the Securities and Exchange Commission.  Financials are assembled and audited, outlining a track record–something investors who are contemplating buying the offering can evaluate.  Using these financials, investors that buy securities can examine things like the company’s capital structure or the cash flow of the underlying business.

A new twist on the traditional IPO is the initial coin offering (ICO).  Purchasers of these offerings are not buying stock in a company, rather, they are purchasing digital coins from the issuer that can conceivably be used as currency to pay for goods and services in the future.  New money created out of thin air.  Literally.

Financial markets have seen an outpouring of interest in cryptocurrencies this year, with initial coin offerings having raised more $1.5 billion in the first eight months alone.  The mounting interest in digital currency has understandable impulses in an era of prolific money printing by central banks.  Because virtual currencies are tracked and maintained by vast networks of computers, no government or bank is in control.  Call it the “idealist’s currency”, a beneficiary of the well-deserved diminished confidence in paper money.

While the theoretical virtue is compelling, the actual value of the digital currency is somewhat tenuous.  The coins themselves are lines of code generated by algorithms.  Backed by nothing, they are merely entries in a ledger (called a blockchain) that have no value beyond what the next person is willing to pay for them.  The digital gold rush of mostly speculators (there is currently no institutional custodial structure for holding digital assets) has generally been willing to pay higher and higher prices, but astute market observers are sounding alarm bells.  Jamie Dimon, JPMorgan’s widely respected CEO, recently went as far as calling this cryptocurrency a “fraud” and equated mania surrounding it to that of the 17th century tulip bubble.

A key element that contributed to much of the original allure of bitcoin, the first of the digital currencies, was the finite limit on the supply of total coins available.  Its success, however, has spawned the development of a number of additional cryptocurrencies.  With the market’s barrier to entry roughly as high as the ability of the next mathematician to come up with a new algorithm or manner in which to handle blockchain, digital currencies have flourished.

Initial coin offerings have provided a method to raise funds from the legions of speculators flocking to the industry, in return for an interest in the newly offered digital currency.  That is, companies that have zero product, zero customers, absolutely nothing, are raising cash in return for what is essentially monopoly money.  Certain companies have even hired some of the most financially astute celebrities to promote the merits of their offerings: Floyd Mayweather and Paris Hilton, among others.  While a number of these offerings may witness some success in terms of short-term price appreciation, any purchase of them amounts to little more than 100% blind speculation.  Chinese regulators recently banned digital currency exchanges completely and there is no small chance that regulators in other countries may follow.  Even provided that the digital asset class is here to stay, there will be an enormous amount of fraud and zeros along the way.  Investors would be better served to avoid the digital gold rush and the chance of being caught in the modern day version of Tulip mania.