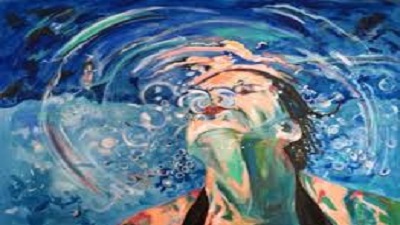 Fear that President Trump will eliminate the National Endowment for the Arts (NEA) has inspired a chorus of criticism around the country, including among my immediate family and closest friends. They argue that THE NEA is a tiny federal program that supports the cultural expression of what makes us human.

My wife and kids need not worry. The NEA is too politically useful to be abolished. But if it did suddenly vanish, the effect on funding the country’s artistic pursuits would be approximately zero.

Eliminating the NEA is equivalent of a person with $100,000 in annual income taking a six dollar pay cut.

Support for the NEA is not the same thing as support for arts. They are two different things, as evidenced by the trillion dollars of private money spent on arts each year.

The New York Museum of Modern Art has used tiny NEA grants to support more than a billion dollars in renovation projects since 2004.

The perverse irony is that many of the artists who passionately support the NEA don’t realize that the primary purpose of the NEA is not about art. The folks who work there may not even realize it, but the National Endowment for the Arts exists because it serves a very specific purpose for members of Congress: it is a tiny Congressional slush fund masquerading as cultural motherhood and apple pie. The NEA gives 435 politicians a little money to spread around their districts to curry favor for their next election or fundraiser.

The unassuming brilliance of the NEA’s survival is its irrelevance to the arts world. If the NEA is about art, this congress and president will abolish it. If the NEA exists for some less obvious purpose that suits the permanent political class, the NEA will still be here a year from now.

Expect it to be here. What might happen to the Museum of Modern Art without it?