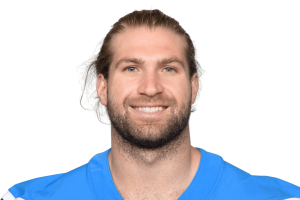 After signing a new $920,000 contract with the Kansas City Chiefs, NFL tight end Sean Culkin made news when he announced that he intended to convert his entire salary to Bitcoin. In an April 26 Tweet, the 27-year-old Culkin said he would be converting his entire 2021 NFL salary into Bitcoin.

Culkin, a finance graduate from the University of Missouri and current MBA student at Indiana, explained that he has always been interested in finance and economics.  “What makes Bitcoin so intractable is its scarcity.”

If scarcity and value were the same thing, you could sell your old Betamax tape player and retire.

There are two general rationales for purchasing Bitcoin. For some people, it is admitted pure speculation. They don’t understand it, but don’t care. It’s an evergreen lottery ticket. Other people claim a more principled rationale: Bitcoin exposes and corrects the inherent flaws in the central bank monetary system. At least the speculators are intellectually honest. Bitcoin fails every test of an effective monetary system.

The highest annual increase in the U.S. Consumer Price Index (that is, the greatest 12-month decline on the purchasing power of the dollar) was 20% in 1917. The purchasing power of a currency needs to be stable and predictable. After doubling in the first 3 months of 2021, the purchasing power of Bitcoin fell almost 50 percent in the 6 weeks following Culkin’s Bitcoin declaration.  Imagine your utility bill being $300 in December, $600 in April and $300 again in June.

To paraphrase Winston Churchill, the U.S. has the worst form of monetary policy, except for all the others.

It may be hard to imagine how this worked, but for 150 years of our country’s history, private banks were allowed to issue currency. (Some examples of currency issued by Knoxville banks are here and here.) In 1863 the federal government decided to exercise more control over the money supply, levying a tax on currencies issued by state-charted banks, effectively shifting aggregate monetary control to nationally-charted, but still privately owned banks. In 1929, Congress passed the Gold Reserve Act, asserting complete control of the nation’s money supply.

Expect this authority to be reasserted. It is absurd to think the world governments will quietly cede their monetary authority to an uncontrolled currency issued by no one and backed by no one.  South Korea will begin taxing crypto transactions at 20% next year. It won’t be the last country to do so.

Mr. Culkin did not make his Bitcoin decision lightly.  “I really spent all my time in the off-season learning about this growing space in crypto,” he explained. Perhaps he should have spent more time lifting weights and running. The Chiefs cut Culkin on May 11, only 15 days following his Bitcoin Tweet.