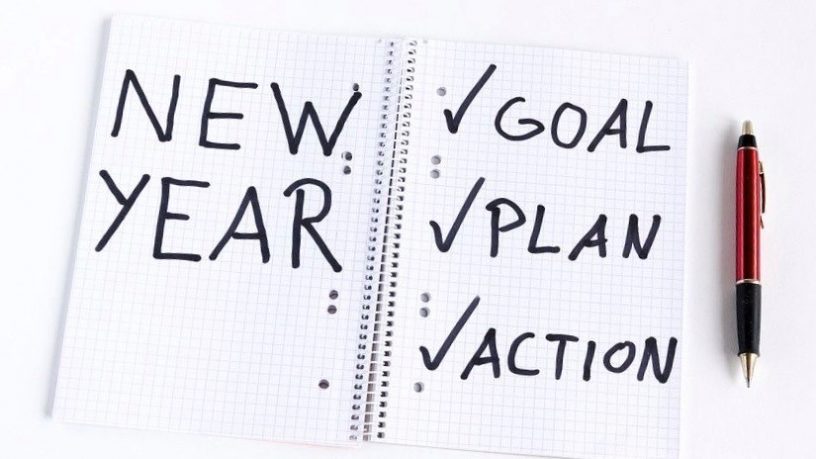 According to a Harris poll, this year’s most common New Year’s resolution is the same as it is every year: to lose weight. For this goal to keep topping the annual list, people must generally be failing at accomplishing this goal. Having lost a little more than 2,000 pounds in my life, I am uniquely qualified in advising people how to lose weight. I am also an expert at gaining it.

This week millions of people will go through a half-hearted 2020 resolution exercise. For most, the exercise will result in little more than a wish list, without any of the proven components of successful achievement. (“I want more money!” “Win a championship!” “Lose 2,000 pounds!”) An actual goal includes much more than simply thinking of a desired outcome. It should be specifically measurable, have a deadline and include a plan for its achievement.

The second most popular resolution each year is always money related. People say they want more money, but most never develop and work a structured plan to earn it.

Vague goals mask the reasons for our failures. Successful goals are accomplished by a specific plan, built around what you intend to exchange for your desired outcome. The second part of that sentence is where too many people fail; they ignore their responsibility in earning more.

Too many people think their income is at the mercy of their supervisor or HR manager. They occasionally work up the courage to approach the keeper of their future fortune and ask for a raise – which usually ends in disappointment of some sort. But the word “earn” derives from the German word “ernte,” meaning “to harvest.” “Harvest,” like “earnings,” must first be a verb before it can be a noun.

One way to earn more money is to produce output that is more valuable to someone. Solve bigger problems or create more income for your employer or customers.

Or you can simply produce more output. Increasing the quantity of output offers some pretty low hanging fruit. The Bureau of Labor Statistics reports that the average office worker spends 8.8 hours a day at work. Separate studies by Ohio University and Workfront find that office workers spend only three of those hours each day on productive tasks. Fantasy football costs US businesses $14 billion in lost productivity. Playing on social media consumes ten percent of employees’ time at work.

Rather than constantly thinking about their desired results (more money), the most financially successful people focus on what they intend to give in exchange for the rewards they seek. They set a very definite goal, define a process for its achievement – and then they work the process.