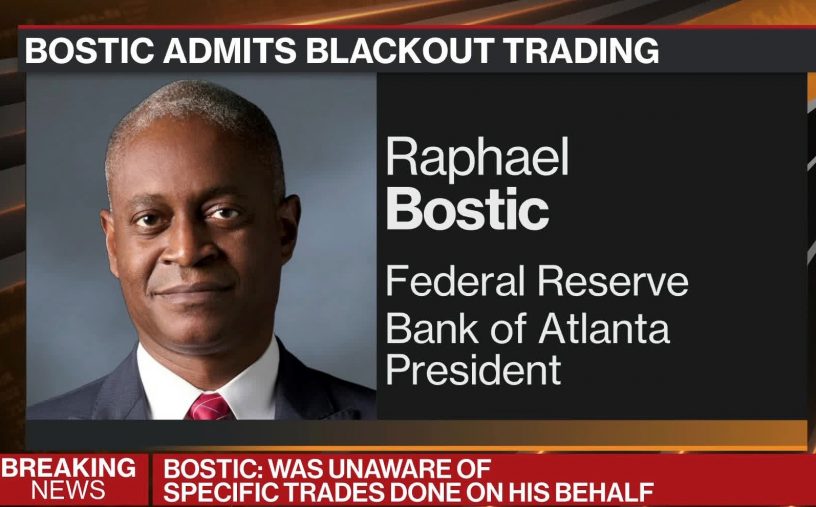 A recent investigation found that the president of the Federal Reserve Bank of Atlanta violated federal investment disclosure requirements. He also exceeded ownership limits on Treasury securities and placed trades on dates that were prohibited because the dates were too close to a Fed policy meeting.

Raphael Bostic has been president of the Atlanta Fed since 2017 – and remains in that position despite the recent discovery of these violations of reporting requirements. He explained that he had merely misinterpreted the policies and never used nonpublic information to make an investment decision. Dr. Bostic, a graduate of both Harvard and Stanford universities, explained that he mistakenly believed that he wasn’t required to make those disclosures because he had hired a third-party investment manager.

My firm has worked for federal officials who were subject to almost identical disclosure requirements and trading restrictions as is Bostic. In every case, our clients were clearly aware that hiring an outside manager had no bearing on their reporting requirements. For a Federal Reserve official to use the excuse “I didn’t know what my investment advisor was doing” is simply beyond belief.

In my opinion, Bostic should have been removed from office. Very publicly, with reports about his removal broadcast on a repeating loop in every office on Capitol Hill. (Within the past year, three other Fed officials resigned from office amid trading controversies.)

While public pressure mounts on Congress to enact ruled prohibiting members from owning common stocks, the first step in solving to the problem about public officials profiting from inside information is to enforce the laws and policies already in place.

Congress supposedly already addressed the problem of stock trading by government officials when President Obama signed into law the Stop Trading on Congressional Knowledge (STOCK) Act in 2012. The problem is that Congress simply ignores the law. Last year Business Insider reviewed the disclosures of members of Congress and found 72 elected officials who violated the Act.

To address these violations of the law, Congress is considering passing another law. Maybe they should first consider enforcing the existing ones.

In 2020 I wrote a column about the dangers of relying on celebrity endorsements for investment advice, specifically mentioning National Realty Investment Advisors (NRIA) and its celebrity pitchman, Bill O’Reilly. A few days later, I began receiving correspondence from the company’s attorneys, claiming that I had falsely portrayed NRIA as a fraudulent and untrustworthy business and incorrect in my assumption that “Bill O’Reilly almost certainly hasn’t read the offering documents of the investment he is promoting.”

On October 13, the Securities and Exchange Commission charged NRIA and four of its former executives with promising returns of up to 20 percent, while actually running a $600 million Ponzi scheme.