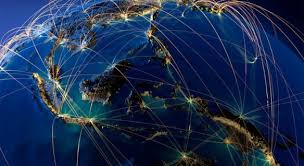 A politically charged debate about foreign trade, tariffs and domestic jobs quickly obfuscates the economic, not political, reason a country engages in international trade: to improve that country’s overall economy. The explanation is counter-intuitive, but true nonetheless. Ignoring political considerations (an unrealistic fantasy) a country should import any good that an overseas trading partner can produce at a lower opportunity cost, regardless of which country could produce the item at the lowest absolute cost.

Cheap Mexican avocados have wreaked havoc on domestic U.S. production, destroying thousands of jobs in California and Florida, areas where the climate is conducive to growing avocados, but labor, land and water are expensive.

By diverting resources from the aviation industry, the U.S. could replace Mexico as the world’s leading producer of low-cost avocados, not only saving U.S. avocado jobs, but also actually increasing them. It would come at a great opportunity cost: diverting capital from the U.S. aviation manufacturing industry to the construction of massive avocado irrigation systems and year-round growing facilities. We might sacrifice the 131,000 jobs at Boeing, but we could build the world’s largest and most productive avocado industry.

Mexico, however, has almost no opportunity cost to produce avocados. The country has a massive comparative advantage in climate, plentiful water, low-cost land and cheap labor, therefore it doesn’t have to divert a nickel from aircraft production to be the world’s leading avocado producer.

By focusing on industries in which each country has a comparative advantage, both the U.S. and Mexico enjoy higher overall standards of living and employment, including each country having more avocados and airplanes than they would without engaging in foreign trade.

The search for more output at a lower relative cost helps improves productivity and contributes to economic growth. Restricting access to foreign trade eliminates the benefits of specialization, lowering total output and increasing the very job losses it is presumably designed to prevent.

The uncomfortable truth is that there are many U.S. jobs that make no macroeconomic sense to perform in the U.S. They should be outsourced overseas or, increasingly more likely, insourced to automated technology. When Henry Ford installed a moving automotive assembly line in 1913, a number of jobs were displaced by “robots.” Those job losses were likely devastating to the individuals, but sacrificing those pre-automation jobs resulted in an industry that now employs 7.25 million Americans, something that would have never occurred without eliminating those early jobs.

Like an avocado tree, an economy must be wisely pruned to reach its maximum potential.