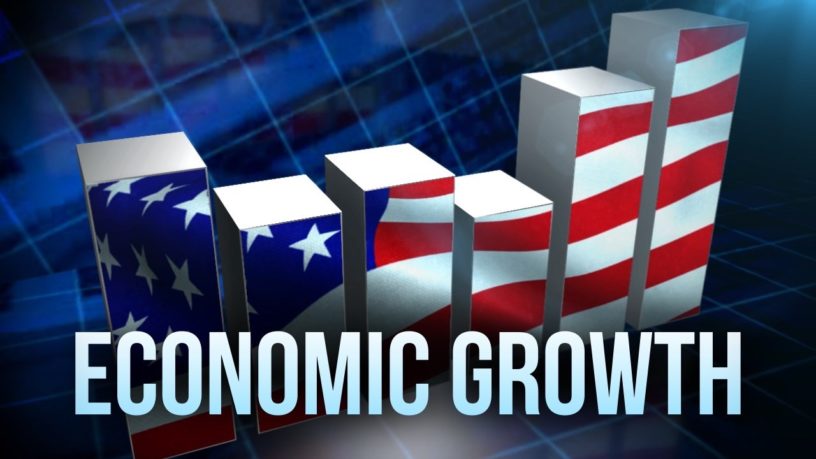 In his most recent letter to Berkshire Hathaway shareholders, Warren Buffett very clearly staked his claim as a long-term bull on the U.S. economy, writing, “since 1776, whatever its problems of the minute, the American economy moves forward.” His public position has been consistent for at least 25 years, and perhaps longer. Of course it’s easy for Buffett to be an optimist. He’s 87-years-old and has $89 billion. He will never personally suffer an economic hardship, and if the U.S. economy ever becomes Venezuela, Buffett will be dead by then, anyway. There is not a lot of personal risk in him being an optimist.

But perhaps there is another reason for Buffett’s confidence. Maybe he’s looked at the data.

In the past 20 years, the percentage of the world’s population living in extreme poverty (defined by the World Bank) declined by 50%. Even more impressive is that the actual number of people in poverty has declined, despite a 1.6 billion-person increase in world population.

I bet you didn’t know that.

Poverty was the human norm from the beginning of time until around 1800. World Gross Domestic Product (GDP) per capita, a measure of economic output per person, was essentially flat from year 1 until the Industrial Revolution. That’s when worldwide GDP per capita began to increase, led by skyrocketing economies in Western Europe and the fledgling United States. Japan and others soon followed suit. Since 1820, the average GDP per capita of the world’s population has increased more than ten-fold. Today, Northern Africa is the world’s only broad geographic area without significant gains in productivity.

For more than 200 years, economic conditions around the globe have improved, led by trade, innovation and increased productivity.

The smart bet is on the U.S., not against it.

We have problems, but news reports are generally worse than reality. Our problems are better than 50 and 100 years ago, and infinitely better than only 500 years ago. Yes, our political system is dysfunctional. So what? It has always been. If Mike Pence shoots and kills former Treasury Secretary Timothy Geithner, a la Burr-Hamilton, I’ll reconsider my position. Extreme partisanship, even among the media, is hardly new. If you think Fox News or MSNBC are despicable and untruthful, read newspapers from the 1800s. Some of them make Breitbart and Slate seem downright King Solomon-esque by comparison.

I am naturally a skeptic, but that is not inconsistent with being an optimist. For example, I am optimistic that the sale of toys in America will continue, but I have long been skeptical that Toys R Us would survive. (MCM: All Retailers Go to Zero, April 14, 2017) Consistently good outcomes, in economics as well as much of life, require a logical assessment of the circumstances. Look at the data, not the headlines.