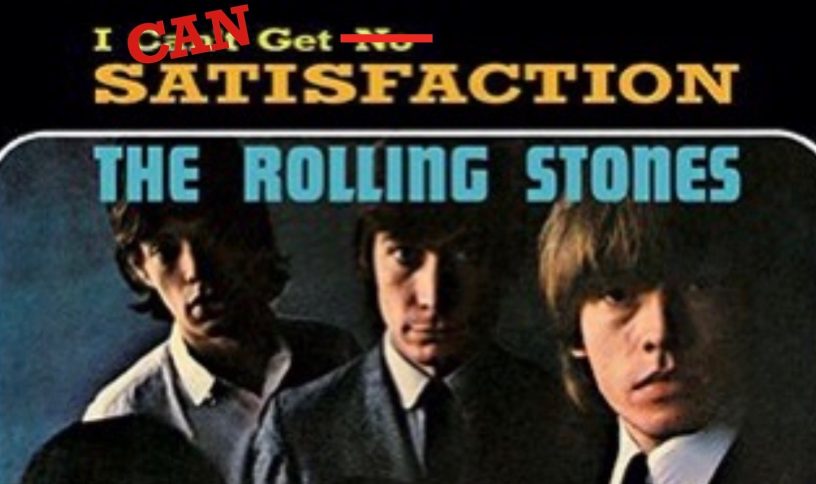 Gallup didn’t poll any specific issues related to life satisfaction, instead asking the respondents one simple question: “In general, are you satisfied or dissatisfied with the way things are going in your personal life at this time?” There were five possible answers: (1) very satisfied, (2) somewhat satisfied, (3) somewhat dissatisfied, (4) very dissatisfied and (5) no opinion.

How does someone have no opinion on whether or not they are satisfied?

Like any survey, people with preconceived notions can find support for about anything they want. For example, the demographic slice least likely to report being satisfied were unmarried democrats who earn less than $40,000 annually. Perhaps that helps explain the underemployed 20-somethings clamoring for socialism and free stuff. Who is most likely to report being satisfied? Married, male republicans who make more than $100,000 annually.

The survey does not conclude any causality between life satisfaction and demographic factors. That is, Gallup didn’t conclude that earning more than $100,000 annually makes a person more satisfied or that being highly satisfied increases the amount of money a person earns. Likewise, Gallup didn’t seek to answer if being married generally increases one’s satisfaction or if highly satisfied individuals are more attractive to potential mates.

Rather than trying to compare groups to each other, I was most interested in the broad findings of the survey. What difference does it make that more people in the 18-34 age group report being satisfied (92 percent) than those over 55 (90 percent)? What should be more interesting is that 90 percent of the entire survey sample, regardless of age, report being satisfied.

How does that reconcile with your social media world? Based on my occasional glances at Facebook I would have never predicted that 90 percent of Americans are satisfied. Of course, perhaps bitching about something – anything – is satisfying to some people.

There are numerous studies that do try to determine causes of life satisfaction. Despite what those lottery commercials want you to believe, most studies conclude that happiness is only mildly correlated with income – and only up to about $75,000 in annual earnings. Studies vary in findings, but the two most commonly found predictors of life satisfaction are always related to relationships and meaningfulness. If you want to live a satisfying life, you need quality relationships and meaningful work.

Whether because of their circumstances (my guess) or in spite of them (probably my sister’s opinion), more Americans are personally satisfied with their lives than ever before – and that’s a good thing.