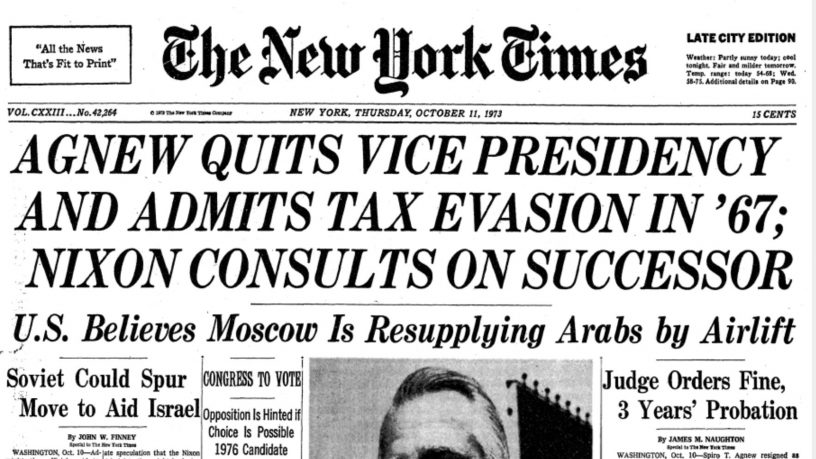 As a kid in the 1960s, my teachers regularly frightened me with movies about an impending Soviet nuclear attack—something that was assumed to be an almost certainty following the Cuban Missile Crisis of 1962. Everyone within a fairly extended radius of ground zero would be evaporated, followed by a nuclear winter that would render the earth’s surface uninhabitable for years.

Forgive me if I’m not frightened by Hillary Clinton, Donald Trump or clowns. I survived Nikita Khrushchev and Leonid Brezhnev.

Government is dysfunctional, but I’m not certain that the risk of electing a dysfunctional president is more economically threatening or scary than the political risks the U.S. has survived in just my lifetime.

The 1960s and early 1970s are difficult to place in context almost 50 years after the fact. The riots of 1968 make those in Charlotte look like a genteel affair. For three years in the early 1970s, there were a total of 6,000 bombings in the U.S., or an average of five per day.

And in 1973 Richard Nixon practically fired the entire Justice Department.

Yet the DJIA increased a total of 41 percent during the subsequent presidency of Gerald Ford.

Presidents simply aren’t as powerful as we either fear or hope they are. Eight years ago Barack Obama promised to reduce many things, including income inequality, the use of fossil fuels and the general level of cultural discord.

Fail, fail, and fail. But it wasn’t from his lack of commitment to those goals. The laws of human nature and economics are basically the same, however, and it is impossible to suspend either.

Neither presidents nor the government creates economic growth. Government can create incentives that impact the timing of consumption, but it has little-to-no influence on long-term aggregate economic activity. For example, increasing the money supply might accelerate future purchases into the current period, but that doesn’t increase overall economic activity. It merely shifts the economic activity, leaving policymakers to jump from one short-term stimulus to the next.

Municipalities are no different. If a city gives away millions of dollars to encourage a business or group of residents to move from one part of town to another, wealth is simply transferred, by fiat, from one group of taxpayers to another.

Within the past month, two of my friends have threatened to leave the country if the presidential election outcome is disastrous. Both are among the top one percent of the country’s wealthy—in addition to being smart, honest, giving and loving.

And they are voting for different candidates.