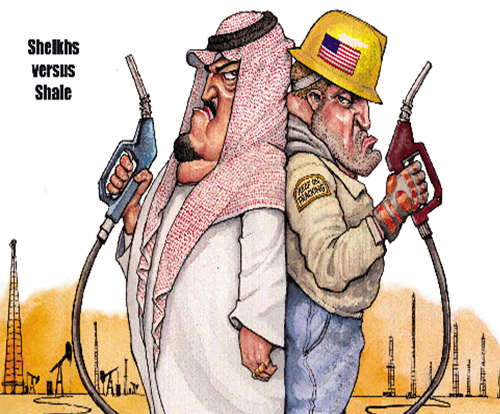 On Wednesday, the price of a barrel of Brent Crude dropped below $27 as the market reacted to the removal of international sanctions against the country of Iran.  With restored access to world markets, Iran eyes output of an additional 500,000 barrels of oil per day.  This may sound significant, but global oil demand is more than 96 million barrels per day.  Iran’s impact from the lifted sanctions will, at best case, add a fraction of one percent to global supply.  To increase additional capacity beyond 500,000 barrels will likely require significant foreign investment, a questionable prospect that may take many years.

The price of oil has now dropped more than 75% since the summer of 2014, as the world’s major oil producers continue to deliver more than one million barrels per day more than demand, leaving the critical question: just how long production can continue to outstrip supply?  In previous downturns, Saudi Arabia acted as an effective swing producer—reducing output as prices went down.  However, in previous downturns, the Saudis weren’t competing with US shale.

Since 2007, North American oil production has shot up 80% and is now running at more than 9 million barrels per day.  While the US still imports a significant amount of oil, its share of petroleum from foreign sources (27%) is at its lowest level since 1985.  Led by US shale, the significant non-OPEC production growth (at the beginning of 2015, it was growing at over 2.5 million bpd year-over-year) has left many of the Gulf monarchies struggling with huge budget deficits and dwindling foreign reserves.  In the face of this rapidly growing production, the Saudi oil minister publicly announced late last year that Saudi Arabia would “allow market forces to set prices”, signaling a fundamental shift in its operating regime.

Price is a reflection of supply and demand.  In theory, the proper price of oil would be set at the cost of production for the marginal supplier.  One of the inefficiencies of oil and other commodity markets is that the significant exploration and development costs become sunk costs over the short-term, leaving the marginal price to fall as low as the cost of the electricity used in pumping the wells.  For the oil market to return to balance, the price of oil will need to rise to a level sufficient to support the investment in the more expensive forms of production including shale gas.  Just covering the electricity bill won’t cut it.  Given the high costs of extraction, there is not enough oil that can be produced at $60 per barrel—much less $30 a barrel—to meet global demand.

Much of the current supply base simply can’t justify oil below $30 long-term.  The American producers have already started to respond to lower prices, with the US rig count dropping from 1900 to 650 in the last 18-months.  Wood Mackenzie estimates that more than $380 billion worth of oil and gas projects have been cancelled globally since 2014.  At current oil prices, rig declines and project cancellations will only continue.  Many North American producers are already teetering on the edge of bankruptcy and many more are severely capital constrained, making the predictions of continued growth in US shale production difficult to reconcile.  As the market sees evidence that low prices are beginning to impact supply and physical inventories are beginning to improve, expect the predictable consequence of higher oil prices.  The longer prices stay depressed and the more projects are postponed or cancelled, the greater the risk that the world finds itself short of supply with prices that have once again over-corrected—this time to the other side.