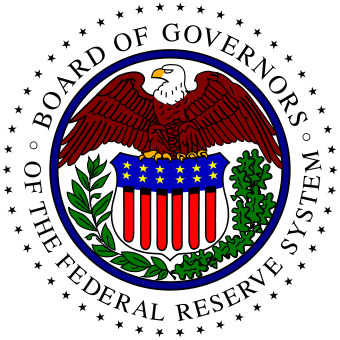 Although successful in its original purpose of saving the US financial system from Armageddon, $3 trillion worth of quantitative easing has mostly benefitted investment bankers and larger borrowers, at the expense of savers.

That is, the Federal Reserve has lorded over perhaps the largest shift in wealth from small savers to large companies in the history of mankind.

Surely that trend reversed when, on December 16, the Federal Reserve announced a quarter point increase in its Fed Funds rate target—that is, the rate at which banks lend money to each other overnight. Savers who have seen the rates on their CDs collapse from 5 percent to almost zero should benefit from a rate increase, shouldn’t they?

Should they? Yes. Did they? No.

In the immediate aftermath of the Fed rate increase, large banks immediately began increasing their prime lending rate, but did not increase the rates they are paying depositors on CDs and (if they pay anything at all) savings accounts.

Analysts at Bankrate.com warn that depositors shouldn’t expect their CD rates to improve any time soon, although banks immediately increased rates on many types of credit lines, credit cards and consumer loans.

Shockingly, some of the biggest beneficiaries of this recent rate hike are foreign banks.

When banks park reserves with the Fed, they receive an interest payment on those reserves. In mid-December, the Fed doubled the rate it pays on reserves, from 0.25% to 0.50%. The Wall Street Journal reports that units of foreign banks received half of all interest payments made by the Fed on bank reserves—a dollar figure that will, at least, double in 2016.

So your local bank hasn’t increased the rate it pays on your one-year CD, but it has increased the rate on your credit card. Don’t feel bad, however; Deutsche Bank and Credit Suisse Group will earn an extra $200 million on their Fed reserves.

A frustrating irony is that prior to 2008, the Fed never paid interest on bank reserves. It only began compensating banks for those reserves at the same time it began pursuing a zero interest policy for the rest of us.

It is tempting and easy to criticize the Fed for its counterintuitive policies. In Fed Chair Janet Yellen’s defense, however, we must realize that she runs a ship that is larger and more unwieldy than anyone could have imagined just a few years earlier. The Fed currently owns more than $4 trillion worth of long-term bonds and, unlike in previous periods of monetary contraction, has no good way of selling them.

Monetary or quantitative easing on a massive scale made sense at the depths of the financial crisis in 2008. By continuing and expanding it for another 7 years, Yellen is now faced with a mountain of unintended consequences.