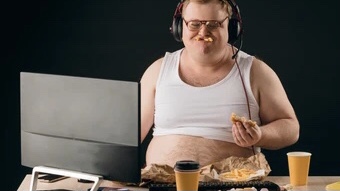 If you live and invest long enough, silly investment schemes begin to repeat themselves.  One new such example is something called the VanEck Social Sentiment ETF, a new exchange traded fund based on an index of stocks selected for their popularity in social media posts. That is, the more times a kid in his mother’s basement tweets about some pot stock, the more likely this fund is to own it.

The impressive marketing materials make liberal use of the newly fashionable term “artificial intelligence.” According to documents provided by the fund’s sponsor, the stocks in the BUZZ Index (social media buzz – get it?) are selected by an artificial intelligence system that will monitor more than 15 million social media posts each month, using Twitter, Facebook and Reddit mentions to determine changes in investor sentiment.

However, as Facebook demonstrates, the passion with which one expresses his views online has more to do with a person’s amount of free time as it does his understanding of a topic.

The Social Sentiment ETF sounds a lot like so-called the “community intelligence funds” from the late 90s dot-com bubble era, including one started in Knoxville, the iFund. The Knoxville fund claimed it would harness the emergent intelligence of complex adaptive systems, allowing a diverse group of decentralized individuals to produce better results than any manager could generate on his own.

In the same way anything claiming to incorporate artificial intelligence implies a mysterious brilliance, back in 2000, simply putting a lower-case “i” in front of any term provided instant and undeserved cachet.

The iFund was unique in that the fund’s shareholders – not a fund manager – voted to determine which stocks to buy and sell. One of the fund’s founders said that participatory funds such as the iFund would become a permanent part of the mutual fund universe.

The iFund didn’t quite make it, closing in less than three years.

When the iFund launched, I wrote that it seemed a bit strange to pay a management fee to have your investment decisions made by any amateur willing to put $100 alongside yours in a mutual fund. By harnessing improved computing power (“Artificial intelligence! iEverything!”) promotors of the new BUZZ fund can extend the perversion by a factor of thousands or millions.

One of the most visible promoters of the BUZZ ETF is Dave Portnoy, the outspoken founder of a website called Barstool Sports. Portnoy, a partner in the company that owns the index on which the Social Sentiment fund is based, bragged about his own day-trading successes during 2020, at least until he lost $700,000 trading stocks being touted in the Wallstreetbets Reddit group.