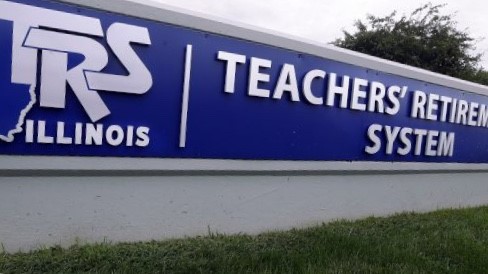 Despite the stated national debt having passed the $21 trillion level, the most imminent public debt crisis is at the state level.

It is a joke when governors (and gubernatorial candidates) brag about having produced balanced state budgets. Forty-nine states legally require a balanced budget. But “balanced budget” can be defined a lot of different ways, especially with respect to the fastest growing category of state debt: unfunded retiree benefits. The federal government has up to $120 trillion of unfunded liabilities (in addition to $21 trillion of official debt,) but unlike state governments, the U.S. has can borrow its way to a seemingly permanent postponement of the problem.

There are two broad categories of liabilities a state can incur. Traditional bonded debt (when a state sells bonds to investors) and unfunded retiree pension/medical benefits. Unlike bonds, retiree benefits don’t have a single, known maturity date. But like bonds, a state must eventually either pay them or default on them.

Good fiscal management is to set aside enough assets to fully fund a state’s projected benefit. In total, however, state and local pension plans are estimated to only be 74% funded. Setting real cash aside for some payment that will be made long after the upcoming election isn’t nearly as politically appealing as paying for things voters can see and feel now. Accruing an unfunded liability is simply deferring taxation.

Forty-six states now owe more in unfunded pension and retiree health benefits than they owe in bonded debt. Nevada and Michigan owe eight times more in unfunded retiree benefits than traditional bonded debt. The unfunded pension liabilities of Illinois, Pennsylvania and Ohio all exceed bonded debt by a factor of five. Other than the District of Columbia, Connecticut has the country’s household income. It also has almost $50 billion of pension and healthcare benefits for which it has set aside no funds. Combined with the state’s $20 billion of bonded debt, Connecticut has debt equal to more than 30% of the total income earned by the state’s residents.

Tennessee’s unfunded retiree benefits are “only” twice that of the state’s bonded debt. Tennessee’s total debt is 2.4% of state income, placing it 49th among the states, with only South Dakota’s debt/income ratio lower. But even in Tennessee, the fastest growing portion of the state’s debt is retiree benefits. These obligations will eventually be paid by someone, either spread across all Tennessee taxpayers, or borne by the retirees themselves via benefit cuts. Attempts to pursue either solution will prompt outrage. Fortunately, by the time the Tennesseans are forced to deal with it, we will have the benefit of having already seen the crisis play out in other states.