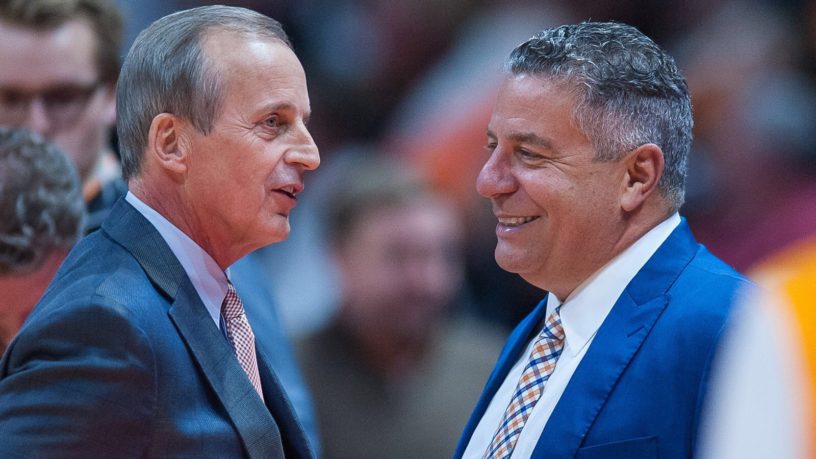 When Tennessee and Auburn men’s basketball teams tied for the regular season Southeastern Conference Championship, my first thought was “I would much rather win a championship with our coach than Auburn’s.” My second thought was “this is the perfect example of the difference between investing and speculating.”

Confusing investing with speculating is common, and not just with 401(k) s, stock portfolios or safe deposit boxes full of Pet Rocks and records of your Bitcoin purchases. Speculating is about chasing the latest fad, and it happens in big business – like college athletics – as well.

After taking his University of Texas teams to the NCAA tournament in 16 of his 17 seasons in Austin, Rick Barnes was unceremoniously dumped by some genius in 2015, after the Longhorns finished 20-14. Barnes’ successor, a hot coaching prospect in 2015, now has a 42% conference winning percentage at Texas after three seasons, and finished 11-22 last year.

And fortunately for Tennessee, Barnes doesn’t act like John Calipari or Bruce Pearl, either.

Barnes is Proctor and Gamble; a well-run business that experiences fluctuations in both business and product cycles, but delivers high-quality earnings without betting the company each day. Many “hot coaches” are dot.com stocks, and a few are outright frauds. Barnes will never attend a Lady Vols’ game with his chest painted orange. Nor will he ever receive a three-year NCAA coaching ban, be party to an FBI investigation or serve as a student assistant on a team that shaves points for the mob.   He won’t leave a slew of vacated wins at each of his previous college coaching jobs, the result of NCAA violations.

But Barnes can coach basketball.

In 1999, shares of Warren Buffett’s Berkshire Hathaway stock declined 23%, while the tech-heavy NASDAQ Composite rose 86%. A December 27, 1999 Barron’s article asked “What’s Wrong, Warren,” suggesting that Buffett had lost his touch. Commentators speculated that the investing game had finally passed ol’ Warren by. People can lose focus, but the passage of time doesn’t cause strategy and discipline-based activities to “pass people by.”

Making money doesn’t require owning the first or highest profile business in a hot new industry. It’s much easier to make money owning an asset that is proven and purchased at an attractive price, than by throwing money at an unknown or untrustworthy shiny object.

Yet many people simply use their most recent experience as a baseline for predicting the future. In many situations, this works. But when it comes to investing and picking coaches, extrapolating the recent past can lead to serious pitfalls.