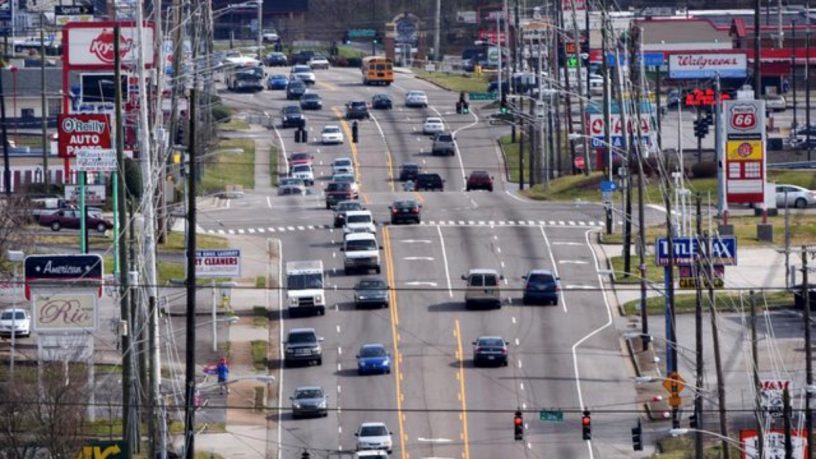 In writing about the dangerous conditions along parts of south Knoxville’s Chapman Highway, a commentator recently opined that “any fatal wreck is one too many.” It sounds laudable: eradicate all automobile accident deaths. The only way to do that, however, is to eliminate all automobiles.

As a society, we have decided that some risks – in some degrees – are acceptable in exchange for a perceived desirable outcome. To reduce deaths caused by drunk drivers, we set limits on drivers’ allowable blood alcohol content. If a single drunk driving death is one too many, however, the limit wouldn’t be 0.08 percent; driving with even a trace of alcohol in your blood would be illegal. Restaurants could only serve patrons who walked to dinner. Alcohol consumption would only be allowed in a person’s home.

Likewise, the only way to eliminate all deaths from automobile accidents would be to confiscate and destroy all automobiles. But eliminating automobiles also eliminates some benefits. No more fire trucks or ambulances. No well-stocked grocery stores or pharmacies. No more next-day Amazon delivery.

The law of unintended consequences makes it impossible to completely eliminate risk, since we usually – either knowingly or not – simply exchange one risk for another.

Every decision involves or creates risk. The key to good decision-making is to identify as many risks as possible associated with a decision, and then estimate the net value and likelihood of each possible risk. If you’re confident in your estimates, making a decision becomes a simple math problem. You can calculate the expected value of each possible decision, choosing the path that offers the greatest expected value.

We unconsciously use this expected value process to calculate trade-offs all the time. Someone who buys a lottery ticket understands that the odds of losing are enormous, but the cost of a ticket is, for most people, relatively minuscule. People who speed on I40 through Knoxville risk receiving a several hundred-dollar traffic ticket in exchange for saving less than 5 minutes on their drive from Cedar Bluff to downtown. But the odds of getting caught are so low that almost every driver is willing to assume that risk.

The risk and benefits of some decisions are difficult to assess. Some people have determined that, in the absence of massive changes in human behavior, both the likelihood and the costs of catastrophic climate change are enormous. Others believe that the costs of massive change in human behavior are either too expensive or unlikely to affect long-term changes in climate.

Investors should realize there are no risk-free investments – only differences in the types, costs and likelihood of outcomes. A cost/benefit analysis is important in improving outcomes.