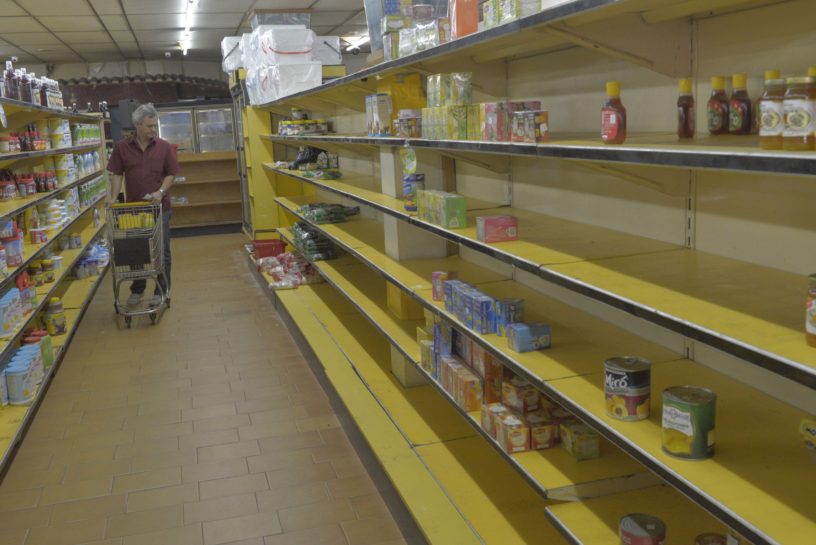 Imagine a country blessed with the world’s largest oil reserves, a diverse geography, two border seas, easy access to east and westbound shipping channels and plentiful and inexpensive electricity. On the surface, the country has all of the qualities needed for a robust economy. Indeed; its real (inflation-adjusted) GDP over the past quarter-century is among the best of the world’s developed economies.

Sound vaguely familiar? It’s Venezuela, a country where the economy is so decimated that food shortages resulted in 75 percent of Venezuelans losing 19 pounds in 2016. Inflation was 475 percent in 2016 and is expected to top 1,000 percent this year.

From 1990 to 2015, Venezuelan GDP grew an inflation-adjusted 2.44 percent annually, compared to 2.04 percent in the U.S. During that quarter-century, however, Venezuela became increasingly dependent on higher oil revenues, disregarding any need for private productivity increases. Citizens became more dependent on a generous—and what appeared to be—wealthy federal government.

In 2011, when oil prices first averaged more than $100 a barrel for an entire year, Venezuela didn’t put a little money back for a rainy day. Instead, it added 1.3 million people (out of a population of only 29 million) to its government pension/payment system that year. Another 800,000 were added in 2012—and this was before the country experienced any visible economic hardships. GDP continued to grow; nothing appeared amiss. Then-president Hugo Chavez was currying voter favor ahead of 2012 elections with his plan of managed and mandated shared economic fairness.

Venezuela never prioritized its government programs, rationalizing that plentiful oil revenues would allow the government to provide an ever-increasing list of services and outright payments to voters. The country appeared healthy and vibrant long after it no longer was. Like passengers on the Titanic, Venezuelans continued to party, unaware that their disastrous fate had been sealed hours, or in this case, years earlier.

As the crisis worsened, the government exerted more control over the economy. It named a National Superintendent of Fair Prices to set price limits on goods and services. Price controls created shortages when tried by Richard Nixon in 1973, Franklin Roosevelt (New York rent controls) in 1943, French Prime Minister Robespierre in 1793 and Macedonian ruler Ptolemy in 323 BC.

These failed economic policies began in earnest when Hugo Chavez was elected president in 1998, promising increased social spending and nationalization of key industries.

The social programs were predictably popular; Chavez was elected to a fourth term in 2012. He died just a few months later, however, never seeing that elected officials cannot perpetually bribe voters with their own money.