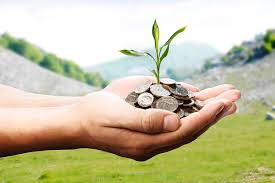 In the past three years, assets of “socially responsible” mutual funds have jumped 76% and now total more than $5 trillion. Buying such funds may make an investor feel good, but it is unlikely to have any meaningful societal impact.

The first challenge of introducing an ethical component into your 401(k) is to define what constitutes socially responsible. One mutual fund may avoid buying beer stocks, while another fund eschews companies that treat their employees poorly. Other funds may simply describe themselves as “socially responsible,” allowing an investor to pretend his definition is consistent with whatever stocks the fund holds.

There are about as many studies extolling the investment performance of socially responsible investing as there are critical of it. It makes some people feel good to think they put their money where their mouths are in terms of their social or moral convictions, but it’s unlikely that many investors—particularly mutual fund investors—succeed in avoiding personally objectionable industries.

Do you have an opinion about Roe v. Wade? Good luck finding a mutual fund that doesn’t invest in PepsiCo or Johnson and Johnson—both identified by Planned Parenthood in 2015 as corporate donors. And don’t buy Dixie cups if you want any of your money going to the National Right to Life Committee.

If you care about the environment, avoid the Calvert US Large Cap Core Responsible Index. It includes Tupperware, one of the world’s largest manufacturers of plastic things that never go away. It also owns companies serving the defense industry (Kennametal) and one known for its immoral, see-through athletic attire (lululemon.)

And almost every self-described socially responsible fund owns one or more of the evil banks.

Using your IRA to do well by doing good is laudably appealing, but difficult in practice. Buying individual stocks makes it easier to know exactly what companies you own, but may still do little to inform you of the industries from which they may profit.

Would you have guessed that more than 60% of the revenues of Flavors Holdings come from the sale of licorice to the tobacco industry? And you thought candy only caused diabetes. National Presto, most known for its popcorn poppers, pressure cookers and the Salad Shooter, also manufactures 40mm high velocity cartridges for foreign military use.

A company’s ethos does affect its success and the investment returns of its shareholders. It is both altruistic and self-serving to avoid companies like drug manufacturer Valeant that, while wildly profitable (sales jumped 82% from 2013 to 2015,) has historically extracted much of those revenues profits by purchasing the rights to existing pharmaceutical treatments, then boosting prices by as much as 5,000 percent.

A business that doesn’t add value to the ecosystem in which it operates will eventually suffer. But those companies aren’t always obvious.