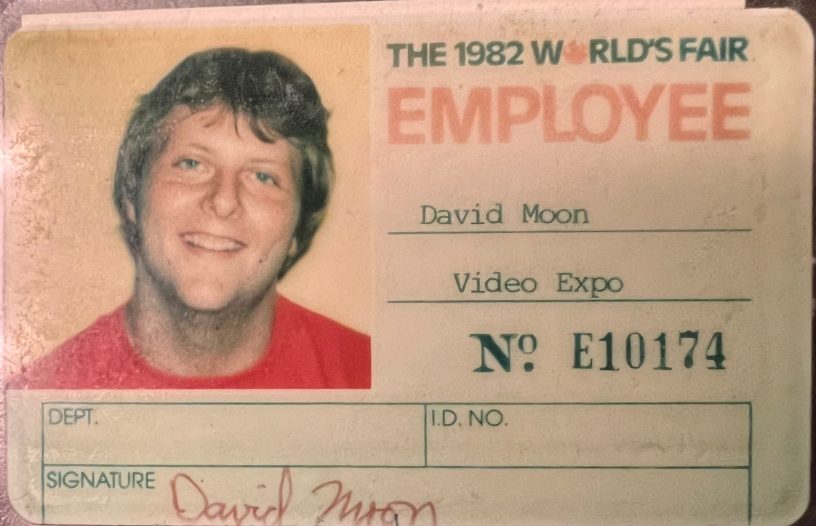 Having lived in Knoxville during the duration of the 1982 World’s Fair, I have enjoyed recent news reports about the world’s six-month visit to East Tennessee. Curiously, however, despite visiting the Fair at least 50 times, I don’t recognize most of the official events described in the pieces. As a 19-year-old college student with an employee’s pass and a girlfriend working at gift shop on the Clinch Avenue bridge, the unofficial experience was a bit different.

I never saw any of the heads of state and other dignitaries who apparently visited the Fair, although the Secret Service did occupy the south side windows of my dorm when President Reagan’s helicopter landed on the football practice field.

The only celebrity I saw or met was a diminutive newspaper reporter from London. I’d never met anyone with a British accent, which instantly qualified him as a celebrity. My buddies and I nicknamed him Dudley and adopted him, making him an honorary offensive lineman.

The world’s then-largest Ferris Wheel was situated just behind the south end of Neyland Stadium. When riders reached the apex of the ride, they could almost see into the stadium – something that did not please Vol head coach Johnny Majors. Eventually someone convinced Coach Majors that the odds were low that Bear Bryant would send a scout to ride the Ferris Wheel all day in hopes of getting a brief glance at our secret preparations for the Tide.

Perhaps Bryant should have tried. In the last month of the Fair the Vols defeated Alabama for the first time in 11 seasons.

I haven’t checked the records, but I am pretty sure that the average daytime temperature during the Fair was about 125 degrees. It was hot, and if there was a tree on the Fair site, I never saw it. The Gatorade Exhibition Center near the Sunsphere was the most accessible large building with the best air conditioning that summer. The only exhibits I recall from that building were a video phone and milk that didn’t require refrigeration. And the air conditioning.

For a college kid taking a very light summer school class load, the Fair was some degree of party every day. It always included fireworks at the end of each day, a show I could literally see out the window while lying in my dorm room.

There was a chair lift that crossed the Fair site, running from the current L&N STEM Academy almost to Neyland Drive. I always wanted to ride it, but it had a 250-pound weight limit. I am pretty sure none of my friends ever rode it, either. Other than maybe Dudley.