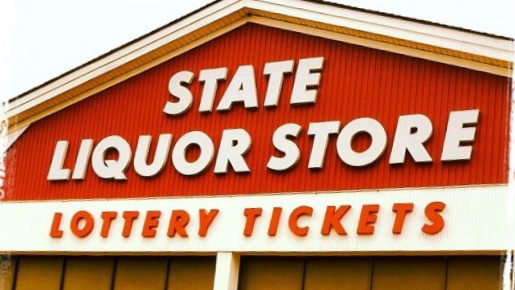 As a teenager in Alabama in the 1970’s, my father would occasionally sit in his truck and send his overgrown 15-year-old son inside the “state store” to buy Jack Daniels or, as he called it, “George Wallace cough syrup.”

So much of that scene is disturbing, although I didn’t realize it at the time. Even as a teenager, however, I found it strange that you could only buy liquor in stores owned by the state. Liquor sales are still prohibited in 40% of Alabama’s counties. An unlikely alliance between churches and the Alabama Alcohol Beverage Control Board still argue that private liquor sales encourage consumption and corruption, including lax enforcement of alcohol age restrictions.

Better enforcement of age restrictions? Tenth-grade me is Exhibit 1 against that claim.

Elimination of general corruption? Alabama recently ousted its chief justice twice and convicted its Speaker of the House on a dozen felonies. Of the seven governors since George Wallace, two were convicted of federal corruption charges; another resigned after his conviction on campaign finance violations and the discovery of his use of state funds to employ and cavort with his mistress.

Like state lotteries, the Alabama Alcohol Beverage Control Board touts the $6 billion it has earned for apple pie programs like mental health and … drum roll, please … education. It’s no coincidence that the Tennessee lottery actually has the word “Education” in its name. Attribute honorable intent to something and it becomes immune from criticism. Tennessee claims to be protecting us from unscrupulous gambling operators, while helping the children. It’s always for the children. Except it is difficult to determine if lottery revenues supplement or replace education spending. Since the inception of the Tennessee Education Lottery, the percent of the Tennessee state budget spent on education has declined.

But if it’s for the children, it must be good.

Tennessee was recently awarded a Responsible Gaming Certification, something akin to a liquor store receiving a safe driving award. Lotteries are the most regressive form of taxation in western civilization. Not only do the poor disproportionately spend more on lottery tickets, Tennessee spends more than $8 million a year on advertising encouraging those poor people to buy even more lottery tickets. “You can’t win if you don’t play!” (Although actually playing does very little to increase your odds of winning.)

It is despicable for states to monopolize supposed sin businesses in the name of protecting people from themselves. Don’t be shocked to see Tennessee Education Marijuana Stores next.