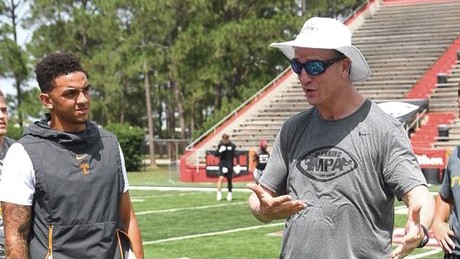 I have never seen a college athlete vilified as badly as Tennessee football fanatics attacked Vols’ quarterback Jarrett Guarantano this past season. Sure, he had thrown some interceptions, but surely, he hadn’t been the turnover machine regularly denounced in Knoxville.  Or had he? I looked at the data.

Jarrett Guarantano’s 1.9% interception ratio is the lowest in the history of Tennessee football. Better than that of Peyton Manning and Heath Shuler. Forty-two percent better than Josh Dobbs and Tee Martin.

Hard to believe?  Look it up.

Statistics are funny things. They can surprise us, mislead us, and inform us. They can be manipulated, and they can be useful. But math is math; it doesn’t have an opinion. Here are some other interesting, provocative, and completely random statistics.

The sport fishing capital of the US is New York City, where 856,000 residents have fishing licenses, more than any other city in the country. Of course, there are more of almost everything in New York because there are more people.

According to an eight-year Johns Hopkins study, an average of 251,000 Americans die every year because of medical errors, making it the third (or fourth, depending on COVID) leading cause of death cause in the U.S. You are almost 2.9 times as likely to die from a health care provider’s mistake than from diabetes.

As of December 15, 2020, the COVID-19 death rate (as a percentage of population) was 22.9% greater in the 33 states with statewide gathering limits than in the 17 states without them. (Kaiser Family Foundation.) Important note: mean, median, correlation and causation are all different things, but don’t let that dissuade you from using statistics to “prove” anything you want to.

According to the Institute for Health Metrics and Evaluation, mosquitos kill more people worldwide annually (780,000) than do humans (546,000).

The annual increase in per capita income of black people was twice as much in the 4 years Trump was president than during the 8 years Obama was in office. No, that doesn’t prove either of them is a racist.

The annual revenue of the FBS (Division 1) athletic departments totals $9 billion, which would place this tax-free, “amateur” business at number 350 in the Fortune 500, ahead of Harley Davidson, Under Armour, Hershey and Martin Marietta.

From 2017 to 2018, Americans increased their time spent on Instagram 91%, to 53 minutes a day. At this rate of increase, in only 6 years, Americans will spend 24 hours a day playing on Instagram.

I better get one of those Instagram things; I’m way behind