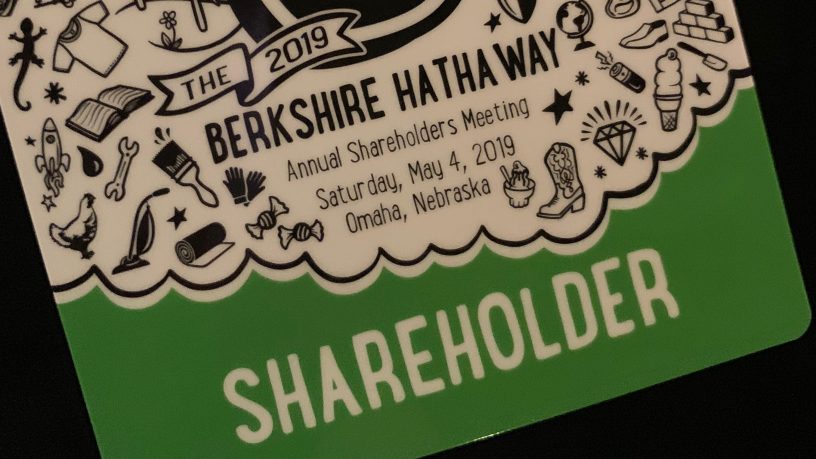 Somewhere among the 42,000 people at the recent Berkshire Hathaway shareholders’ meeting were members of the Grant Group, a Knoxville investment club. Club members Diana Condon, Jeannie Dulaney, Kathy Hamilton and Karen Pershing were each making their first pilgrimage to the Woodstock for Capitalists, and they were kind enough to share their experiences with me. Each year, much is written about the Q&A with Berkshire’s Chairman Warren Buffett and Vice Chairman Charlie Munger. I was more interested in hearing about their overall adventure.

On Friday before the meeting, the ladies joined thousands of others in Shareholders Shopping Day, where shareholders received 20% discounts at a variety of Berkshire subsidiaries.

They didn’t expect the longest line to be at the Fruit of the Loom popup store. Nor did they expect to see the massive size of the diamonds being purchased from Berkshire subsidiaries Borsheims and Helzberg Diamonds. The ladies did not report the purchase of any underwear or engagement rings.

On Saturday, from their condo across the river from the CHI Health Center, the ladies could see people at 4:30 am, already waiting to get into the arena. Although they were in line by 6:15, they were concerned they might be forced to join the up to 15,000 people who had to watch the meeting on big screen televisions in overflow rooms. As they moved closer to the arena, they were met with serious security: armed guards carrying military-style weapons.

One common comment from the ladies was that the crowd, from around the world, was uniformly patient and courteous.

More than an hour after the doors opened, they finally made it into the arena. Per usual, the meeting began with a video – this year featuring a parody of Bruno Mars’ song “Uptown Funk.”

The star of the show was, of course, 88-year-old Buffet and 95-year-old Munger, both of whom exhibited impressive stamina during the day-long question and answer sessions. Munger’s energy was certainly aided by the very audible peanut brittle on which he munched throughout the day. Buffett was sometimes guarded in his comments and answers; Munger never was. Despite the duo’s seemingly sincere humbleness, their likenesses were on everything: t-shirts, shopping bags, signs, cups, etc.

You can watch the shareholders’ meeting via live-stream or read transcripts of the day’s Q&A. I highly advise it. But the Berkshire Hathaway shareholders’ meeting is the most unique event in all of business. It is impossible to fully appreciate it without experiencing it in person. Kudos to the Grant Group for making the effort.