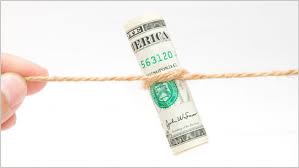 A recent USA TODAY NETWORK – Tennessee headline warned that the “GOP tax plan could cut many current benefits.” The article was an outstanding analysis of the Tax Cuts and Jobs Act approved by the House Ways and Means Committee on November 9. The plan, which went to the full House for consideration this past week, calls for the elimination and reduction of a number of deductions and tax credits – items that are often described and generally accepted as benefits.

What neither the article nor the headline noted, however, is that one man’s benefit is another man’s special interest loophole.

A number of the “benefits reductions” that are in the bill likely hit closer to home. Are these logically carved-out benefits or special interest loopholes? What about job-related moving expenses, tax preparation fees, major medical costs and donations related to premium seating/parking at college athletic events. And what about the holy grail of all personal tax benefits: the home mortgage interest deduction? A truly progressive tax system would eliminate this tax benefit for the rich. The Federal Reserve reports that the median net worth of homeowners (71 percent of whom pay mortgage interest) is approximately $225,000, compared to $5,000 for renters.

The bill would eliminate the deductibility of disaster losses, except for losses resulting from Hurricanes Harvey, Irma and Maria. That is the very definition of political grandstanding, combined with a pandering loophole.

The House bill maintains an exemption for all taxpayers and their dependents. Why should my taxable income be reduced by $8,100 simply because I have two kids? I make more money now than I did during my 15 childless adult years. “But it costs a lot of money to raise a child.” It also costs a lot of money to have a boat, but we don’t subsidize peoples’ nautical habits.

Perhaps you believe dependent exemptions should remain because the tax code should encourage certain behaviors. With that assumption, I could support tax breaks related to adoption (something the House bill eliminates.) But what societal good does deductible alimony encourage? Instead of providing tax breaks for procreation or divorce, why not reward the maintenance of two-parent families?

Of course, such a benefit would simply be another special interest loophole – like much of the tax code.

The tax code is a hodge-podge of lobbyists’ efforts, legislating rewards and punishments to suit the political purposes of those in Washington. Don’t expect that to change.