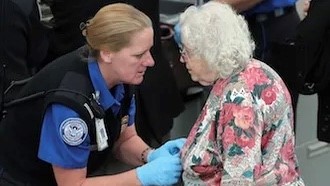 Rather than offer another boring, self-serving Thanksgiving week recitation of things for which I am grateful, in the interest of balance, here is my very abbreviated annual list of irritants.

Brown bananas, candy corn and congealed cranberry sauce. People who use “barbeque” as a verb. Potato chip bags: why don’t they have Ziplocs on them?

The new college football overtime rules, placekickers and stadium music between plays in a football game.

People with Russian literature degrees complaining about their $30,000 in student debt. Universities that have facilitated $1.7 trillion in student debt without any recourse.

People who blame homelessness on the price of houses. People who care more about schools than students.

Airplane passengers who don’t use the bin above their own seat. Security theatrics at the airport. I can’t tell you who the terrorists are, but I know who they aren’t.

Companies that promise to plant 100 trees if I buy one of their widgets. Unless they come out to my place and plant them, I don’t believe them.

People who schedule a video call, then turn off their camera.

People who post that picture of them and Peyton Manning every time Manning gets an award.

Folks who stop as soon as they step off the escalator. People who needlessly “reply to all.” Lottery ticket buyers and bicyclists who ignore the line behind them.

People who complain about being poor while simultaneously texting on their $800 phone. People who confuse activity with productivity.

Sentences that begin “To be perfectly honest…” The word “like” when used as a verbal tick.

Daylight savings time. Clocks that don’t reset themselves. People who say “let there be light” before turning on a lamp. Irremovable price tags. Microsoft Windows. Buying a car.

YouTube commercials that are longer than the video I want to watch. My drawer full of mismatched Tupperware containers and lids. Belts. I don’t gain and lose weight in perfect 1-inch increments.