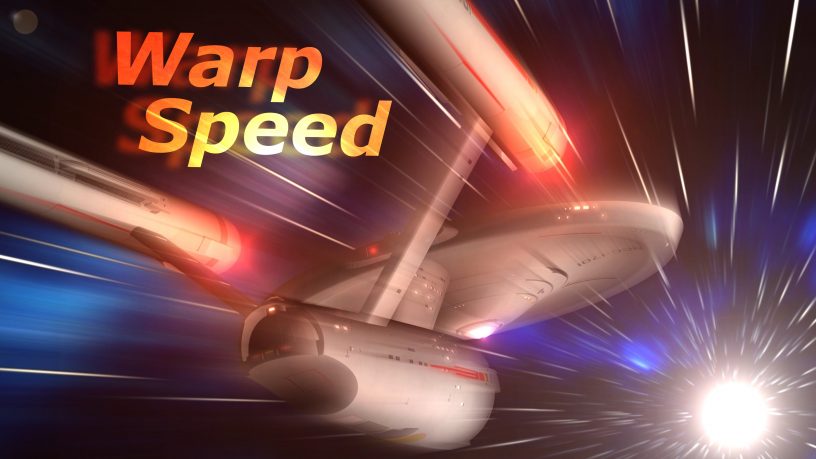 Despite the divisive nature of shutdowns, the effort to develop and produce a COVID-19 vaccine has actually fostered, if not inspired, a sense of creative unity that will likely pay dividends for generations.

I’m not a fan of the phrase “the war on COVID,” but wars have often been uniting events.  During both World Wars, the federal government unified private companies, universities, the military and other organizations in a coordinated effort to speed development and production of certain essential products.  When Japan cut off the world’s natural supply of rubber during World War II, the U.S. marshaled resources and invested $700 million ($11.6 billion in today’s dollars) to rapidly develop and produce synthetic rubber.  In less than four years, synthetic rubber plants in the US were producing some 800,000 tons annually dedicated to the war effort.  Other initiatives such as the Manhattan Project, have made breakthrough innovations with the focused efforts of large groups of scientists.

Perhaps one of the few silver linings to the scourge created by COVID-19 has been the focused energies of scientists working on vaccine development.  With the recent approval of multiple vaccines for a virus first identified less than a year ago, the development process represents an improvement in time-to-market measured in years.  From the sequencing of the virus in January, it took less than five days to get started on a vaccine.  Just 62 days later, a Phase 1 clinical trial was underway.  Companies compressed the development timeline by running what are typically sequential steps simultaneously. While the US government was heavily criticized by many, its Operation Warp Speed helped accelerate vaccine distribution by funding multiple vaccine candidates at the outset and investing in manufacturing capacity and preordering doses prior to trial completions. 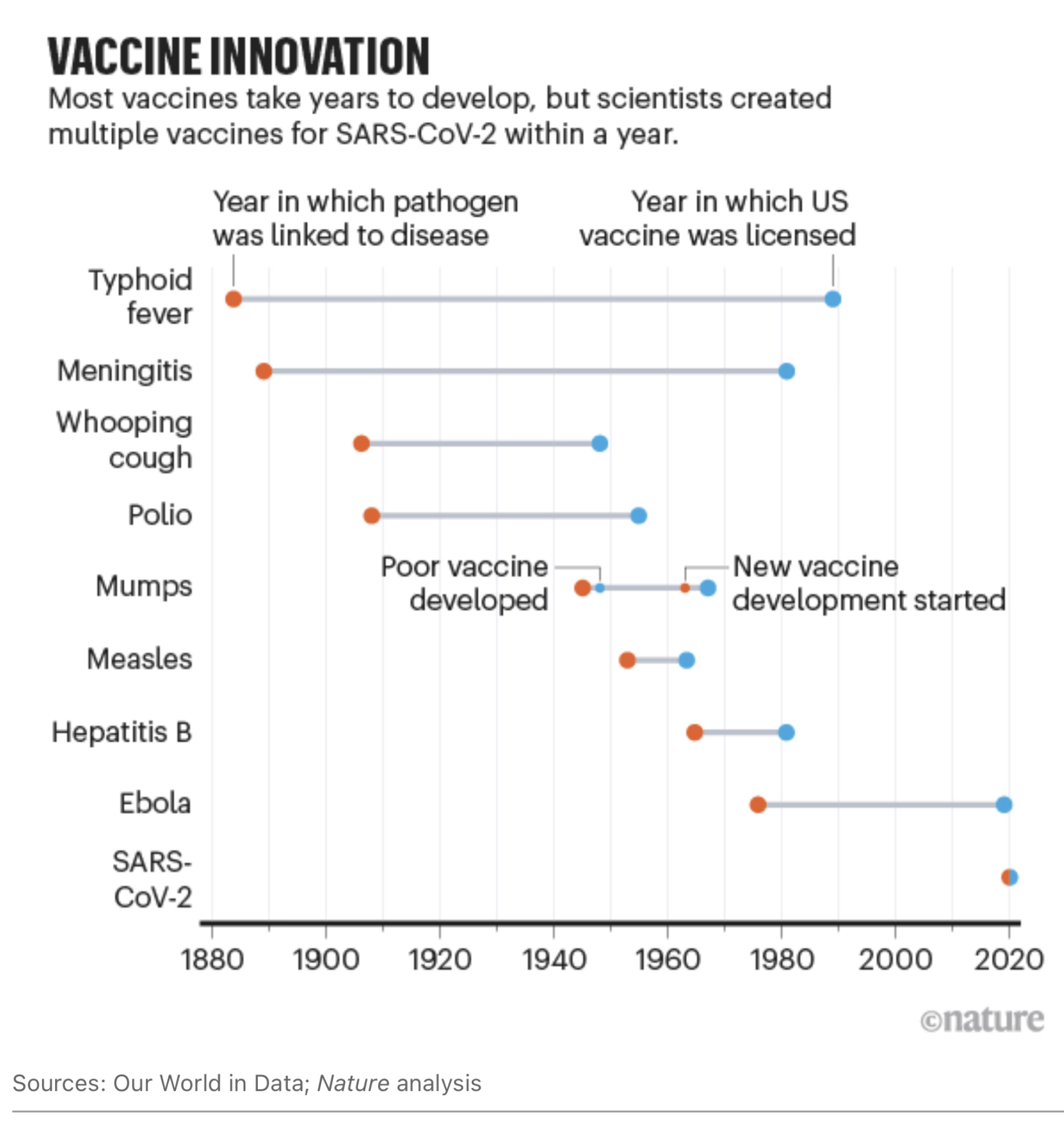 The sense of urgency imposed by the pandemic will likely have lasting effects. The so-called messenger RNA vaccines, which until recently had not broken the threshold of working in humans, may help bring about a new era for vaccine development.  Scientists are already testing them against several other viruses that have proven difficult to eradicate using conventional vaccine strategies. Another possibility lies in creating individualized mRNA vaccines that can be used as cancer therapies.

Some optimistic scientists think COVID-19 may bring about a pivot toward a new approach to medicine altogether.

Periods during which conditions seem most bleak have spawned the some of the most rapid phases of innovation and helped bring about some of humanity’s greatest achievements.  COVID’s acceleration of transformations in the areas of communication, digitization, automation, and perhaps, most importantly, vaccination may prove one of these periods.