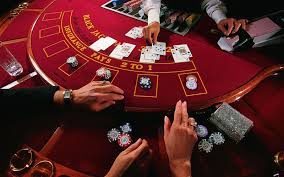 A friend recently asked me to review the investments in his retirement plan. Several years ago, his investment person advised that he do three things: defer the maximum allowable amount each year, invest those deferrals into a recommended portfolio of mutual funds and leave it alone.

Two out of three ain’t bad.

Saving as much as possible and not jumping in and out of investments resulted in his portfolio being among the largest ½ of one percent of all 401(k) accounts. However, the actual collection of mutual funds he owned only gave the appearance of his money being managed. It was actually an extremely overpriced index fund.

He owned mostly well-known funds, all from well-run companies. But he owned 21 of them. He owned large-cap, mid-cap and small-cap funds invested in the US. He owned the same categories for Europe. And Asia. He owned an emerging market fund. A natural resources fund.

Lest anything be overlooked, he owned an alternative strategies fund.

I have no idea how he owned six different types of bond funds, but he did.

Ignoring the overlapping stock holdings within his 15 equity funds, he indirectly owned positions in 5,736 stocks. This is called “owning the market.” He owned everything, or as close as practically possible. He was guaranteed that his portfolio would earn the world average. Less fees, of course.

Hyper-diversification is a poor and expensive proxy for knowledge.

His total cost for owning this homemade index fund was about 2.5 percent annually, or ten times the cost of an index fund. He was paying someone who selected the funds years ago. He also paid the management costs of the funds themselves. Any outstanding performance of a fund was cancelled by the others. He could have done the same thing owning about two or three index funds.

Without paying the 2.5 percent.

Blackjack is the casino game in which the house has the smallest structural edge: about one percent against the very best players. The house odds double against average players. If you are a world-class blackjack player, over time you will lose $1.01 for every dollar you win. Average players lose more.

Imagine if you hired a professional to play blackjack for you, paying him 1.5 cents for every dollar you risked. Because he is more concerned about you not firing him than he is trying to make you money, he hires 20 blackjack players to actually place your bets, guaranteeing that your results will never deviate from the average. And if your returns aren’t much different from anyone else’s you’re unlikely to fire him.

You now only have 97.5 cents of your dollar invested, guaranteeing that your return will be average—less the 2.5 percent, of course.