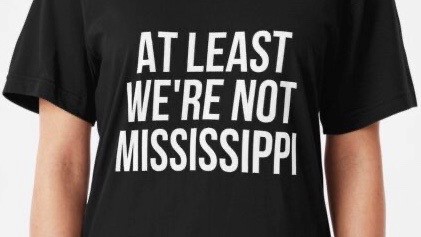 A recent KnoxNews article featured a group of Knoxville women who are working to address local poverty by helping would-be business owners access startup and working capital. I am a huge fan of small business and entrepreneurism, and I wish the ladies much success. But most not-poor people don’t get that way by starting a business. The cause of poverty is not a lack of access to capital.

If not a lack of capital, what are the best predictors of poverty? Some of the answers are complex. Some are obvious. Almost all are very uncomfortable to discuss – but ignoring them solves nothing.

The simplest predictor of poverty is employment. Unemployed persons are almost ten times more likely to be poor than those with regular work. Almost 21 percent of Americans without a steady income live below the poverty line, compared to only 2.2 percent of those with full-time, year-round jobs.

(The U.S. Census Bureau defines poverty on a sliding income scale. The threshold for a four-person family, two of whom are children, is $26,000.)

Other than not having a job, what else increases poverty?

Dropping out of school will do it. Slightly more than 25 percent of adults without a high school diploma live below the poverty line. Increases in educational attainment are highly correlated with exits from poverty. Simply graduating from high school reduces your likelihood of being poor by half, to 12.7 percent.

Even among those without a degree, only 8.4 percent of Americans with some college live in poverty. With a four-year degree, the poverty rate drops to 4.4 percent.

You’re more likely to be poor if you live in the South, but that is certainly more related to underlying demographics rather than geography. The poverty rate in Mississippi and Louisiana– perennial state “leaders” of single mother households and high school dropouts – is almost twice the national average.

Most of these general demographic observations make common sense. Of course, people with jobs are less likely to be poor. And educational attainment is likely to correlate with economic success. However, I did stumble across one surprise while reviewing the Current Population Survey (2018) for this column. The poverty rate for foreign-born naturalized citizens is 9.9 percent, significantly lower than the 11.4 percent poverty rate among native-born citizens. Interesting.