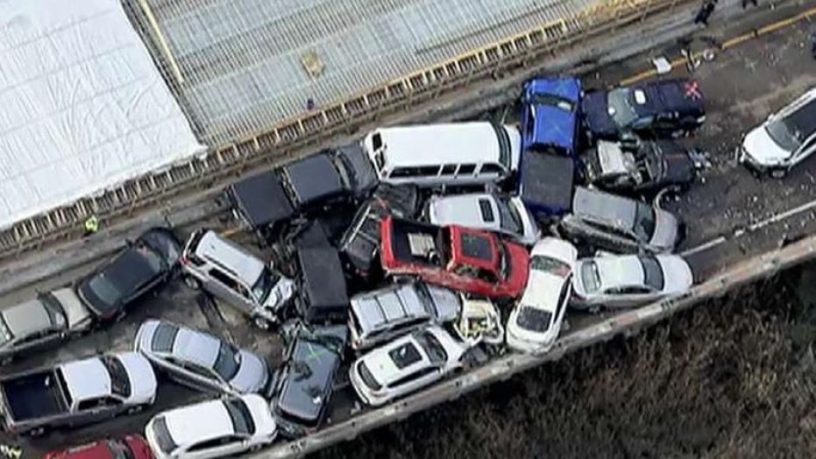 Our country has survived a Great Depression and a Great Recession. I have confidence that we will survive this economic calamity. When we do, I suggest we name this period the Great Suppression. Never has a country been intentionally thrust into a recession by its leaders. In a matter of weeks, the process has been repeated by every developed economy, almost simultaneously.

The Great Suppression. We don’t have any historical precedent or model for this.

An economy isn’t like a television that responds immediately to the pressing of an on/off switch. Well, we’ve learned that an economy does respond pretty instantly when you turn it off. But we can be assured that turning it back on won’t be similarly instant. In simple terms, an economy is the sum of all transactions. One person’s spending is another person’s income. Remove one piece of the equation and the ripple effects quickly build.

Instead of a TV remote control, think of an economy as an interstate. Two months ago, the U.S. economy was a ten-lane freeway, full of traffic traveling at 70 miles per hour. Until, without warning, we intentionally dropped a massive gate across all lanes of traffic. The vehicles at the point of closure were immediately destroyed, crushed by the cars behind them, instantly stopping all traffic near the closure. Traffic quickly backs for miles. Even if the gate is lifted only a short time after being dropped, traffic can’t begin to move until the victims and their damaged vehicles are moved. Once enough wreckage is cleared, a few cars can move, but the bottleneck continues to impede traffic for some time.

Even some undamaged cars require assistance, as they run out of gas waiting for the someone to clear the carnage. Those people who always seem to be driving on fumes will wish they had filled their tank.

Eventually traffic returns to normal, but not for everyone. And it doesn’t happen at the same time for everyone, either.

Our economy will eventually begin to operate. But some businesses – even some with apparently sustainable business models – will not survive. And once consumers are adjusted to forced shifts in their purchase patterns, some buying behaviors will be permanently altered. Other businesses were already operating near the brink of failure, with little-to-no margin of error.

A lot of individuals have been operating this way, as well, driving around with very little gas in their tanks.