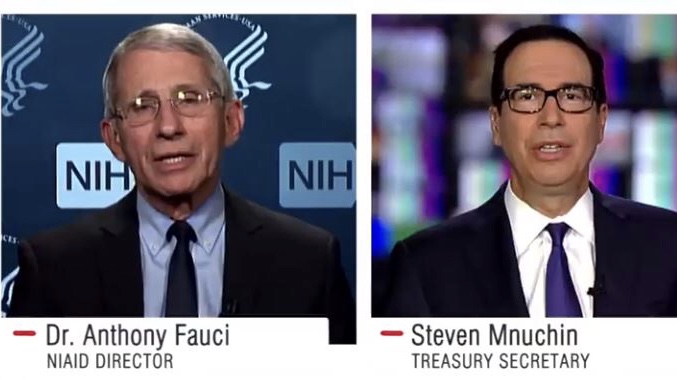 Decades after the masks are gone, in-person college classes are a quaint memory and “flatten the curve” is a long-forgotten rallying cry, the U.S. will continue its fight against COVID-19. Well, we’ll still be paying for it, anyway.

Last week, the Congressional Budget Office released its preliminary estimate of federal income and expenses for the government’s 2020 fiscal year, which ended on September 30. During those 12 months, the federal government is estimated to have collected $3.4 trillion in taxes and spent $6.5 trillion, creating a one-year record deficit of $3.1 trillion. Prior to COVID, the 2020 deficit was expected to “only” be $1 trillion; the unexpected $2.1 trillion increase is almost completely a result of spending either related to the coronavirus or bundled with a pandemic-related expenditure.

The U.S. government borrowed almost half of the money it spent in the past year. And this occurred in a year in which tax collections were also at record highs.

That the government is operating at a deficit is not particularly noteworthy; the U.S. has run federal deficits in 62 of the 70 years since 1950. What is bothersome is that prior to the coronavirus, the U.S. was already running annual deficits similar to those during the financial crisis of 2009. Prior to the outbreak, the U.S. economy was operating at near full employment – suggesting a level of government spending unprecedented relative to circumstances. Since the onset of the virus, the budget deficit has tripled.

Annual budget deficits add to the national debt, which as of September 1 officially stood at more than $26.7 trillion. However, government accounting is tricky. The U.S. has another $90 trillion in unfunded liabilities related to Social Security and Medicare obligations. Because of accounting rules, that $90 trillion isn’t included in the national debt, even though every Social Security and Medicare recipients certainly expects the government to fulfill those promises.

Combining the official national debt figure with the off-balance sheet liabilities produces a total effective national debt of about $120 trillion. For perspective, there are 145 million federal taxpayers in the U.S., meaning that each taxpayer’s share of that $120 trillion is $800,000.

Those figures are hard to even comprehend.

I know the arguments why neither the debt nor the deficit should concern us. The taxing power of the U.S. government is a massive asset that, like Social Security and Medicare liabilities, isn’t on the balance sheet. As long as the U.S. can refinance its debt, we never have to pay the principal. And if refinancing does become an issue, it will hit Japan and most European countries before it does us.

Excuse me if those points don’t completely assuage my concern.