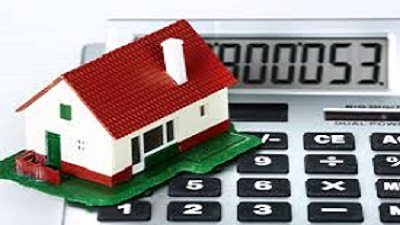 One hour after taking office, President Trump suspended a scheduled 0.25 percent cut in the annual mortgage insurance premiums for mortgages backed by the Federal Housing Administration. The reduction was expected to lower monthly mortgage payments about $14 per hundred dollars of loan amount.

Not even considering that the specific insurance fund into which that premium is paid is barely solvent, cancelling the premium reduction was the economically sound thing to do. If implemented, the subsidy would eventually make home ownership less affordable.

When the price of anything is subsidized, it masks the true cost of the item, encouraging people to buy more of it, eventually resulting in a price that is higher than its economic equilibrium price. Stated more simply, when an external entity, including the government, begins subsidizing something, its cost increases faster than it otherwise would have.

The Centers for Medicaid and Medicare Service reports that out-of-pocket patient expenditures total only 11 percent of national healthcare expenditures, down from 23 percent in 1980. When consumers directly pay such a small portion of the cost of something, they care less about its cost or scarcity.

When the full cost of a medical procedure is borne by the purchaser, however, the cost curve flattens. The price of gastric bypass, LASIK and breast augmentation have all declined since 2000, while the cost of almost every other medical service and procedure has increased.

It is a vicious circle borne out in many industries, including higher education. College administrators, unconstrained by traditional laws of supply and demand, can increase tuition, knowing that few people are paying the full price anyway.

This leads to higher tuition, higher student loan balances and, in Tennessee, a tax on poor people (the lottery) to maintain the state’s higher education system funding.

Well-meaning programs to help first-time and lower-income home buyers encourage people to buy more expensive houses than they otherwise would, or move some people from being renters to homeowners. Those sound like laudable goals, but among the many lessons of the bursting of the mortgage bubble is that getting the largest mortgage a lender will provide is a poor way to shop for a house, and that some people simply shouldn’t be homeowners.

Government subsidies are not the best—or even a sensible—way to increase access or affordability.