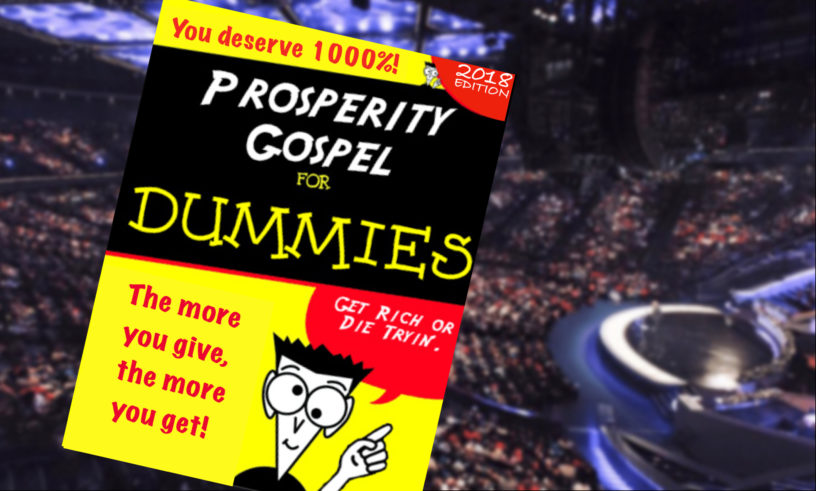 When the Republic of China lost the civil war with the upstart Communist Party in 1949, the newly installed communist Chairman, Mao Zedong, enacted a law refusing to honor all pre-1949 Chinese obligations, including both currency and bonds. The bondholders were completely wiped out, including the U.S. Treasury, which had purchased bonds to help finance the war.

The bonds have zero investment value. Buying the bonds hoping to collect 70 years’ worth of accrued interest is as silly as doing the same with bonds issued by the Confederate States of America or Saddam Hussein.

Yet that is exactly what the pastor of one of the country’s largest churches lured trusting investors into doing, according to a recent federal indictment.

Kirbyjon Caldwell is the head of the 17,000-member Windsor Village United Methodist Church of Houston. The megachurch draws more than 6,000 people to services each weekend. Caldwell, along with Louisiana financial planner Gregory Smith, are accused of receiving millions of dollars in exchange for worthless, pre-1949 Chinese bonds, promising returns of 3 to 15 times the amount invested.

The Windsor Village church operates as holding company for nine different non-profit entities, including a charter school, Victory Prep, which was shut down by the Houston Independent School District in February for financial problems.

Another of the church’s non-profit subsidiaries, Kingdom Builders, posted losses in each of the years from 2011 to 2105, totaling more than $3 million. Caldwell is the principal officer of the $33 million (assets) entity. Caldwell’s wife, Pastor Suzette Caldwell, is the principal officer of another church venture, Kingdom Builders’ Prayer Institute.

These entities’ boards seldom have more than four directors, often with cross membership, including the head of the church’s accounting firm. Another red flag.

Caldwell, author of the book The Gospel of Good Success, is also a part owner of the NFL Houston Texans. In 2012, he and his wife purchased a 9,000 square foot Houston mansion once owned by Beyonce.

Before joining the ministry, Caldwell ironically worked as a bond salesman. He serves as a director of scores of companies, including two mutual fund families.

Even based on the allegations, Caldwell is an outlier. Other than accidentally meeting Jim Bakker, I’ve never met a minister who was obviously money motivated to the point of feeling sleazy. Of course, I’ve never met one trying to sell me pre-revolutionary Chinese bonds, either.