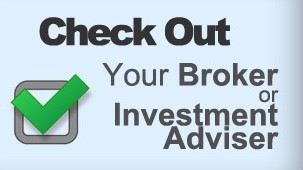 I have lost count of the number of Knoxville-area self-described “financial advisers” who, in the past year or so, have been arrested, gone to prison, been sued, practiced without proper licensing or been implicated for their role in Ponzi schemes. Many of their victims could have avoided injury by reversing the order of the steps they took to select an adviser.

The AARP has a very simple, short questionnaire to use when interviewing a potential financial adviser. It’s a good starting point to evaluate an adviser’s conflicts and background, assuming his answers are truthful.

There is more to successfully selecting a financial adviser than simply avoiding charlatans, but that’s a good first step. After reducing your likelihood of hiring a crook, the next step should be to eliminate people more concerned with their own financial well-being than yours. Then identify advisers who are most likely to be competent and whose business model makes sense to you. Finally, hire someone with whom you are comfortable. Your money is important stuff, and you ought to get along with the person helping you with it.

Too often, however, people skip right to the end of that list and hire the person with the most pleasing personality, without doing any of the due diligence that should come first.

Search, search, search. Most of the Knoxville scoundrels had easy-to-find red flags in their backgrounds. Run a web search on his or her name (and that of the company), along with additional search terms such as scandal, lawsuit, fraud and Securities and Exchange Commission. That single step would have saved a lot of people a lot of money and grief.

Look for them at www.brokercheck.com. This site has its limitations, as not all types of “investment helpers” are reported here. But if someone is reported here, you can tell if they have lost their license or been the subject of a particularly egregious complaint. Don’t assume that a clean brokercheck report necessarily means an adviser doesn’t have problems in his past. It is common for brokers to require clients to sign non-disclosure agreements as a condition of financial settlements related to complaints.

Never hire someone you can’t fire. It’s fine to ask your brother-in-law for help evaluating potential advisers, but if firing him would ruin family holidays, don’t hire him.

There are more than 200 different certifications with impressive-looking names and abbreviations that investment helpers might brag possessing. A huge percentage of these are worthless.

If an adviser/salesman is enthusiastically touting at an investment to you, ask how much of his own money has invested in it.

Before hiring someone, ask yourself, “would I want my child working for this person?”