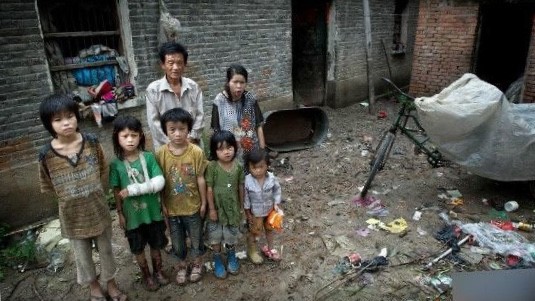 In the most recent monetary missile exchange in the U.S./China trade war, President Trump announced a 10% tariff on an additional $300 billion in Chinese imports. In retaliation, China “requested” that state-owned companies stop buying U.S. agricultural products. Trump then backed down a bit, postponing some previously announced tariffs and cancelling others.

All politicians want to retain power – Trump via the ballot box next year and China President Xi Jinping via control of the country’s military and Communist Party. Trump cannot afford to wreak economic hardships on the voters he needs next fall; Xi cannot afford to appear weak to his party or the world financial markets.

China has the much weaker hand – and Trump appears willing to back Xi into a corner. China is unique in that it is a country full of poverty, but because of its massive population, its economy is huge. That huge economy is financed with excessive borrowing, so Xi is much more concerned about his country’s ability to borrow money in the world markets than he is the 1.4 billion Chinese living on less than $27 a day.

The traditional trade war model of retaliatory tariffs doesn’t work when imports in one direction (from China to the U.S.) are almost five times those in the other direction. China simply does not purchase enough U.S. goods to make tariffs effective.

China does, however, purchase enough of certain goods to be able to create political problems with certain voting blocs – such as Iowa farmers. Trump is attempting to deflect the Chinese agriculture threat by promising $28 billion of new subsidies to farmers.

China could retaliate by selling U.S. treasury bonds – something it has been doing for years anyway, with zero negative U.S. economic fallout.

Instead, China has chosen to allow its currency to drop against the U.S. dollar, devaluing the yuan to its lowest level against the dollar in more than 11 years.

It seems counter-intuitive for a country to intentionally make its currency worth less; that raises prices in China. But remember that Xi doesn’t face reelection – he has essentially named himself president for life – and is therefore unburdened by Western niceties such concern for his citizens’ economic hardships.

One purpose of U.S. tariffs on Chinese imports is to make those foreign products more expensive, and therefore less competitive with goods produced in the U.S. But a weaker Chinese currency lowers the prices of Chinese products in the U.S., partially or fully blunting the intent of the Trump tariffs.

International trade is complex – and trade between the U.S. and China may be the most complex (legal) trading relationship in the world today. Be wary of any analyst or company who superficially uses the “China trade war” bogeyman to justify predictions or explain poor results.