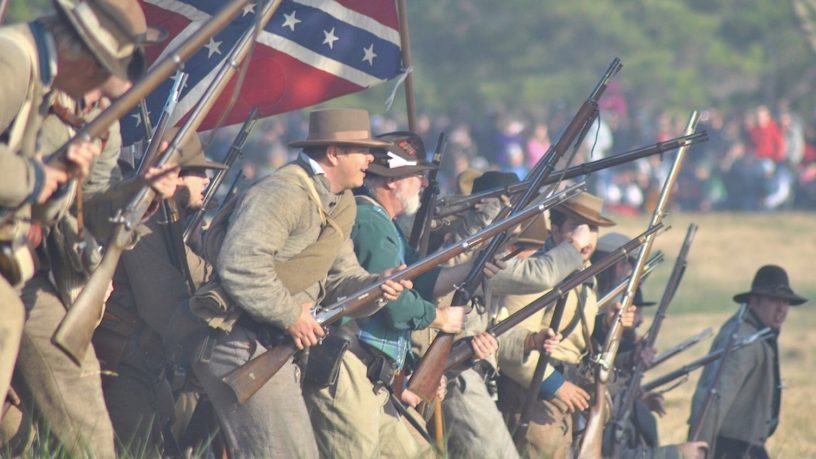 Your Facebook feed notwithstanding, we live in the most socially and culturally unified period in our country’s history. With brief exceptions following national tragedies, America has never been more unified, peaceful and genteel as it is now.

The U.S. is certainly less divided today than it was in my childhood. In just my lifetime I have seen a Ku Klux Klan rally and attended a school with white and colored water fountains. I also witnessed the election of the first black U.S. President. In the first 20 years of my life, a president and U.S. senator were assassinated, a presidential candidate was critically shot at a campaign rally, three would-be presidential assassins came within inches of killing a president and Americans spit on U.S. soldiers returning from war.

At its founding, our entire country was a war zone. In addition to the Revolutionary War, America fought four Indian wars, armed New Englanders revolted against their own newly formed government and Connecticut and Pennsylvania battled over a border river – all in the first 25 years. In our first full century, the borders of our still-new country hosted an almost constant state of war. The War of 1812, the Mexican-American War, three different wars between states and the Mormon Church and more than a dozen Indian wars.

And, of course, the American Civil War. Imagine the discord in a country torn apart by war among itself, barely 80 years after its founding. Texas actually seceded from the Union only 21 years after joining it.

If you watch Fox News and MSNBC, you would think they are describing different galaxies, separated by a few million light years and lots of drugs. Yet today’s media are puppy dogs compared to the brutality of a boldly and openly partisan 19th century newspaper industry.

Your Twitter or SnapFace thing may be full of hatefulness, but it is likely that fewer than five percent of your social media contacts post those divisive comments. If the figure is any greater than that, you have self-selected the kooks.

In the same way media coverage of hideous and tragic school shootings masks the actual data (homicides of 10-to-24 year olds have fallen 40% in 25 years,) social media gives extremists a bullhorn. And it is usually those who are least logical who scream the loudest. After all, no one drives down the road yelling, “I am reasonably happy and hate no one!”