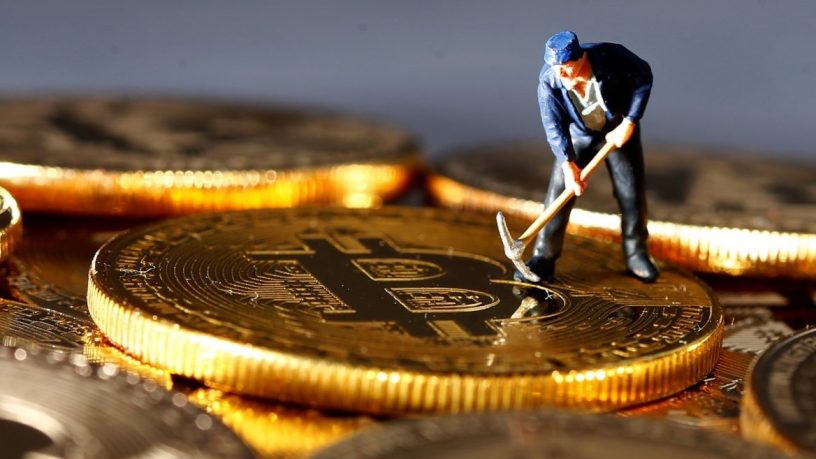 Author and self-styled investment diva Kiana Danial was recently asked by a television interviewer about her expectations for bitcoin over the next 12 months. She replied, “I don’t give price predictions,” after which she predicted that the price would triple in the next year. Never let logical or linguistic consistency get in the way of a good story.

The price of bitcoin, the most well-known of cryptocurrencies, has almost doubled this year, attracting attention from both serious investors and Uber-driving bartenders. What is bitcoin and how does it work?

No matter how painful or boring it might be, it is important to read the following paragraph.

Anyone can create cryptocurrency via a process called mining. When two parties engage in a transaction using bitcoin, cryptocurrency miners clump transactions together in “blocks” and add them to a public ledger called a blockchain. Before adding a new block to the public blockchain, however, a miner must validate the transactions so that the same bitcoin can’t be double spent. The validation process requires a miner to produce a 64-digit hexadecimal number, called a “hash,” that is less than or equal to a target hash. Producing a hash is done via computational trial-and-error, with computers guessing hashes millions of tarahashes per second. (A tarahash is 1 trillion hashes.) It currently requires approximately 21.7 trillion random hexadecimal guesses in order to mine a new block for the blockchain. The energy needed to run the technology is enormous. It is ironic that the technology, almost universally embraced by ecofriendly techies, may be the least environmentally friendly invention of the century. Bitcoin is estimated to consume 121 billion kWh of electricity annually, which equals about 75 percent of TVA’s annual production. New bitcoin is released each time someone successfully solves a hexadecimal puzzle, with the current reward for adding a new block to the blockchain equal to 6.25 bitcoin. The reward is halved every 210,000 blocks – at least for the next 17 years – after which miners will be rewarded with fees rather than newly issued bitcoin.

If you don’t understand the preceding paragraph well enough to explain it to a fourth grader, you have no business “investing” in bitcoin.

If you don’t understand an investment you’ve purchased, how do you know how to react when prices change? Do you buy more when prices increase? Or sell? And what about price declines? How much is a bitcoin fundamentally worth?

Maybe you want to buy some bitcoin this week instead of a lottery ticket. That’s entirely different than accidentally becoming a currency trader, committing a meaning portion of your portfolio to some esoteric, sexy-sounding, crypto thing you’ve duped yourself into believing you comprehend.