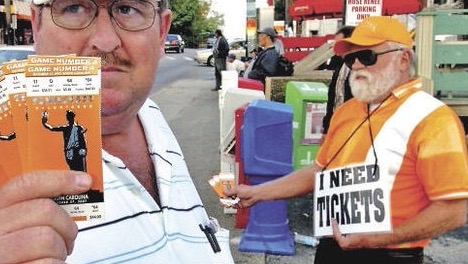 The most influential factor in causing ten years of unnaturally low long-term interest rates has been the Federal Reserve’s ballooning balance sheet, now comprised of $4.5 trillion of U.S. Treasury and agency bonds. Although there was no precedent for the Fed’s massive bond purchasing program, there was no question that it would drive interest rates lower.

We are about to find out what happens when the Fed attempts to reverse course and shed those bonds from its balance sheet. Like the Fed purchases, we have no historical precedent for a single investor liquidating a $4.5 trillion bond portfolio, either. Logic, however, suggests that pulling that much capital from the bond market will put upward pressure on rates.

This is very simple, sidewalk economics. Supply and demand. The street price of football ticket is a function of how many people want tickets. It is the same with interest rates and bonds. We are about to see what happens when a 4.5 trillion pound gorilla decides to take his money and go home. We already know what happens to ticket prices when demand declines. The same will happen to bond prices. The only question is how quickly and how far will they fall?

Perhaps unintentionally, the Fed admits that owning this many bonds is abnormal. The minutes of its September 20 meeting describes its plan to reduce the size of its bond holdings as a “balance sheet normalization program.” The program is scheduled to begin in October, when the Fed will reduce its combined Treasury and agency bond holdings by up to $10 billion. Unless it changes its collective mind, the Fed anticipates that a year from now its monthly reduction in the bond portfolio will total $50 billion monthly, or $600 billion annually.

To put $600 billion worth of bonds in perspective, that is 60 percent of the $1 trillion in new federal government debt in 2016. Imagine what would happen to ticket prices if 60 percent of the Neyland Stadium season ticket holders decided to sell their UT/South Carolina tickets.

The details of the data from the September Fed meeting also point to a rate increase. The median 2018 Fed Funds rate forecast among the seven Fed governors is 2.1 percent, compared to the current target of only 1.25 percent. By 2020, the Fed expects the rate to more than double.

The effects of higher rates on other asset classes are less obvious, but likely won’t be positive. Janet Yellen’s predecessor as Fed Chair, Ben Bernanke, when noting that the 2009 bottom in stock prices coincided almost perfectly with the Fed beginning its balance sheet expansion, remarked, “don’t think that those two things are unrelated.” If, as Bernanke clearly indicated, Fed bond buying is bullish for equities, how is tightening not bearish?