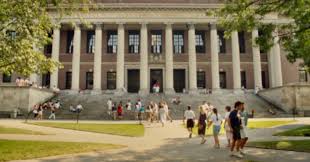 If you need any evidence that true tax reform is an impossibility, look no further than a spam email I received last week from University of Tennessee President Joe DiPietro. Dr. DiPietro’s email encouraged me to contact my Senators and ask them to, among other things, restore the charitable deduction for donations required to purchase athletic tickets.

As long as special interest groups can convincingly threaten to oust politicians from office, Congress will never radically simplify the tax code. One man’s benefit is another man’s special interest loophole. In this sense, UT is no different than Wall Street firms that have convinced legislators to tax most hedge fund income at a rate that is half that of ordinary income.

Why should taxpayers in Mississippi or Walmart employees subsidize the salaries Tennessee pays people to coach – and to not coach – its football team? Although the U.T. Athletics Department directly receives no taxpayer money, every dollar of charitable contribution deducted by a taxpayer reduces the amount of revenue the federal government would otherwise collect, thereby causing all taxpayers to subsidize the charitable choices of others.

Charities make those dire warnings every time Congress contemplates changes in the tax code. For 50 years, however, charitable giving has remained a predictable 2-ish percent of GDP, regardless of the tax value of personal charitable contributions. Virtually every survey on the subject reveals that receiving a tax benefit is among the least important consideration among givers. Total charitable giving is a function of the strength of the economy, not the value of a tax deduction.

If you want to give money to Planned Parenthood, the Hare Krishnas or Kars 4 Kids, good for you. However, providing a tax break for those organizations’ donors is no different than the tax code favoring homeowners over renters, biological parents over adopters or ExxonMobil over you.

I am not naïve. The University of Tennessee has maintained an active political lobbying effort in Nashville since at least the early 1960s. That makes sense; UT is the state’s land-grant, higher education institution. Part of its budget is direct funding from the state. That is much different than a university president publicly picking apart federal tax proposals.

Expect a UT organized effort, masquerading as a grass roots response, to refute these observations. Those messages from financially-strapped graduate students or six-figure donors will not change the fact that expending money and energy to act as a political action committee reduces the money and energy spent on teaching.