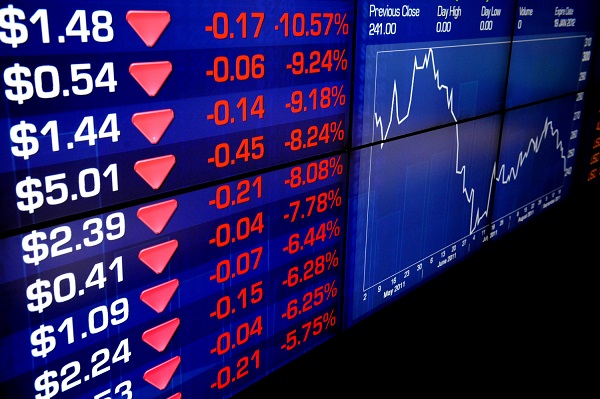 A $2 drop in gasoline pump prices has resulted in an average of an extra $170 per month in the pockets of Americans, 70 to 80 % of which flows into the economy via consumer spending. So why are stock prices around the world declining?

Higher interest rates haven’t hurt stocks because interest rates aren’t higher. Since the Federal Reserve announced an increase in its Fed Funds target rate on December 16, rates on 10 and 30-year Treasury bonds have actually declined. Even the average rate on a 30-year fixed mortgage has dropped slightly.

The Fed’s December move was monetary theater. It was designed to create an illusion of higher interest rates without actually doing anything that might harm the economy, like increase interest rates. The move was symbolic and monetarily impotent.

What about the shrinking Chinese economy? Does it explain any of this stock market correction? No, because China’s economy isn’t shrinking.

As a point of reference, the U.S. economy, now more than 6 years into a heralded recovery, grew at an annualized rate of 0.70 percent in last quarter. China’s economy, a popular bogeyman for falling stock prices, grew 6.8 percent.

China’s rate of growth has, however, slowed substantially, fully from 10.6 percent only 5 years ago. But its economy is growing, albeit at a slower rate and mostly due to capital expenditures funded by government spending–a cute trick that the U.S. has perfected into an art form.

Lower oil prices—a two-edged sword—do explain some of the drop in stock prices. It is a boon to petroleum product consumers, but cheap oil wreaks havoc on the profitability of oil companies and businesses that provide equipment and financing to the energy industry. The U.S. lost approximately 100,000 oil-related jobs in 2015. Low interest rates and $100 a barrel oil inspired a glut of oil industry lending to companies that simply can’t survive $30 oil. Or even $40.

Much of the $4 trillion in oil and gas industry debt outstanding was borrowed when oil was $100 a barrel. At $30 a barrel, defaults are on the horizon. It won’t be a repeat of the mortgage bubble bursting, but defaults are coming.

A less discussed explanation for this market decline is, in my opinion, the modestly overpriced level at which broad stock indices began the year. Neither the S&P 500 nor Dow Jones Industrial Average are worth the prices at which they sold a year ago or a month ago. A price decline was warranted, if not inevitable.

Sometimes the right thing happens for the wrong reason.