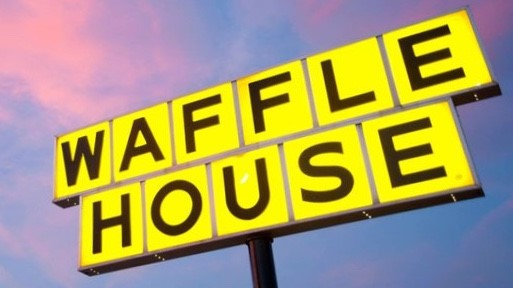 I recently met Kryshonna, a third-shift waitress at the Asheville Highway Waffle House. She seemed fully sincere when she yelled the obligatory “good morning!” as I walked in. As I waited on my omelet, I read an article about the smaller tax refunds this year and I wondered how changed rates and withholding tables affected the psyche and pocketbook of non-one percenters. I asked Kryshonna if she’d filed her taxes yet and, if so, how did her refund compare to a year ago? Or was it none of my darn business?

Kryshonna immediately began telling me about her refund, specifically her plans for it. She had a business idea – one that would require her to purchase a truck. She said, “I can buy a couch or a truck. The couch will wear out. Buying a truck is investing in myself.” She explained her business idea, comparing it to something similar that her grandmother did successfully for years. For a minute, I felt like I was listening to Anthony Robbins or Zig Ziglar. She recounted the story of Thomas Edison who, after finally inventing the incandescent light bulb on his 100th attempt, is said to have described the first 99 attempts not as failures, but as successful discoveries of how not to build a light bulb.

Inspired by the Edison story, Kryshonna explained, “besides, if I do this business and it doesn’t work, I won’t be any further away from my goals than I already am now.”

She then proceeded to quiz me about licensing, insurance and how to pass the business to her children. We brainstormed possible names for the business. She posed rhetorical questions about competitors. We discussed gross margins and their effect on demand and net margins.

Kryshonna knows that the vast majority of new businesses don’t last 5 years. “But that means that some of them do make it. Why not me?” She has an attitude that would benefit anyone, in any area of life.

She also has a couple of other rare things. She has a goal. Not a wish; it’s an actual written goal with a plan for its accomplishment. She knows what she wants and has tried to determine the price she must pay to get it.

She is different in other ways, too. She is a reader. She didn’t quote something from “America’s Got Talent” or “The Bachelor.” She quoted Thomas Edison. She is inquisitive, asking lots of questions. And she seems unafraid to fail.

Goal setting and detailed planning are at the core of nearly every human achievement. Kryshonna has a lot to teach anyone who wants something better.